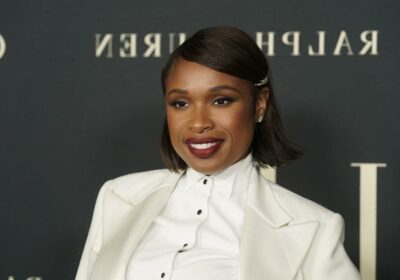 A new daytime talk show hosted by Oscar winner Jennifer Hudson is hitting the syndicated marketplace, sources confirm to Deadline. The project, from Warner Bros Unscripted Television in association with Telepictures, has just been taken out and is being pitched to the major station groups for a potential fall 2022 launch.

At Warner Bros, the talker is envisioned as a successor to the studio’s long-running hit The Ellen DeGeneres Show, which is in its final season. The new hopeful is executive produced by Ellen executive producers Andy Lassner and Mary Connelly and it  taped a presentation on the Ellen stage as part of the pitch to station groups.

The Jennifer Hudson talker, news of which was first reported by Variety, is coming at a challenging time for the syndicated market place, especially for independent studios. All new talk shows picked by the ABC, NBC and CBS stations in the last couple years have come from their sister syndication arms, Tamron Hall, The Kelly Clarkson Show and The Drew Barrymore Show, respectively. A RuPaul-fronted talk show shopped by Warner Bros. did not sell, and a Warner Bros. talker with Barrymore before she went to CBS Studios also didn’t go forward.

But I hear there are high hopes internally for the Jennifer Hudson show, which is eying a couple of opportunities on the top stations. With The Kelly Clarkson Show slated to take over Ellen‘s slot on the NBC stations next fall , the Kelly Clarkson time period would presumably be available if the stations opt to go for another syndication talk show vs. local news or other programming. Such pairing would create ample marketing opportunities for an Idol alums block of Clarkson and Hudson back-to-back.

On the Fox stations, there have been questions about the future of veteran The Wendy Williams Show, whose host has been sidelined by health issues, and the new Nick Cannon talk show, which got off to a rocky start.

Hudson was most recently seen playing Aretha Franklin in feature Respect, which she also executive produced.