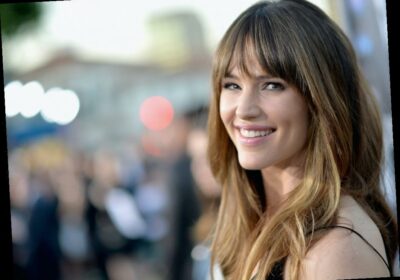 Jennifer Garner and Ben Affleck were successful Hollywood stars before crossing paths. Affleck had already starred in Pearl Harbor, The Sum of All Fears, Changing Lanes, Jay and Silent Bob Strike Back, and more. As for Garner, she was well-known for her leading role in Alias and had already starred in Dude, Where’s My Car, Time of Your Life, and Felicity. Yet, the two didn’t quite know paparazzi until they paired up.

When Garner and Affleck began dating, the paparazzi hounded them, and it didn’t get any better after they got married and had kids. Now there was a whole family to chase down the streets. During a sit-down with The Hollywood Reporter, Garner discussed living a life in the public eye. And, while she understands that she has signed on for such treatment, her kids have not. And, she recalled a time that her daughter stood up to speak on her own behalf against paparazzi…when she was only in kindergarten.

Garner once gathered local authorities and other celebrity moms at her home to take action against paparazzi. She wanted to plea for protection, and she brought everyone into her home to do so. Her daughter Violet, who was in kindergarten at the time, shared a few words. Garner said:

“Violet’s hyper-articulate — she is Ben Affleck’s daughter…and she stood up on a chair in a little velvet dress, with her hair a bit back and her glasses on and she didn’t say her R’s right, and she said: ‘We didn’t ask for this. We don’t want these cameras, they’re scary. The men are scary, they knock each other over and it’s hard to feel like a kid when you’re being chased.’”

Garner’s daughter likely echoed the feelings of other children growing up with celebrity parents. And, while it’s one thing to hound adults who can handle the attention, it’s another to scare an innocent child.

When her kids are older, Garner will ask them how growing up in the limelight impacted their upbringing

In 2013, Garner appeared in court to testify before The California State Assembly Committee on Public Safety. She was there to support a bill intended to protect kids like hers, as THR reports. Garner does all that she can to protect her kids, but still doesn’t fully know how such a lifestyle has impacted them. She said, “We’ll have to ask them when they’re older…”

Garner explained that her kids have access to tabloids and the internet, which isn’t always easy. She said:

“When they were smaller and there were things out there that were shocking, my request to them was always, ‘Let Dad and I talk you through whatever it is…I’d tell them, ‘If you see an image on the front of a magazine, I’ll look at it with you and we’ll process all the scary feelings that come up together.’”

Garner and Affleck’s children are now a bit older, as Violet is 15, Seraphina Rose Elizabeth is 12, and Samuel is 9.