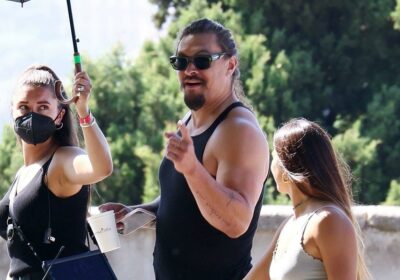 Jason Momoa is joining the Fast family in Fast X, the tenth entry in the Fast and Furious franchise. Vin Diesel, who has played Dominic Toretto in almost every movie within the Fast and Furious franchise, is excited to get this film on the road and has been sharing updates on his social media. In a new video shared by Diesel, Momoa shows off a snazzy, lavender car that he will be driving in Fast X.

Momoa is the latest action star to join the Fast and Furious franchise. The Aquaman actor is set to play the latest villain who will have to go up against Diesel and his family. It’s not clear what villain he will be playing, but it will be interesting to see the actor take on a more villainous role.

Momoa is joining a cast that also includes Tyrese Gibson, Ludacris, Jordana Brewster, Michelle Rodriguez, Sung Kang, and Charlize Theron. Other new additions to the cast for Fast X include The Suicide Squad’s Daniela Melchior and a character played by Brie Larson.

In a new video shared on Diesel’s Instagram account, Diesel and Momoa are chilling on the set of Fast X. The video features a shirtless Momoa hanging out on the hood of a lavender car that is going to be used by his character. The Bloodshot actor asks what Momoa is feeling to which he jokingly responds with “trying to be in the new Whitesnake video.”

Momoa then shows off his awesome lavender car that manages to have a retro look to it as well.

“I finally got a fast car,” Momoa exclaims. “Matches my nails. Lavender look good. This is gonna be a great one.”

Diesel and Jason Momoa seem to be having a great time filming Fast and Furious 10. However, this latest entry has been having some on-set issues that have made headlines.

This latest post with Jason Momoa from Diesel comes after director Justin Lin left Fast and Furious 10. Lin was a couple of days into shooting when he decided to leave Fast X. While Lin has not directly expressed the reason why he left, many sources say it was due to disagreements between him and Diesel.

According to The Hollywood Reporter, one source said that a meeting between the actor and Lin ended with a “slammed door.” Lin reportedly said, “This movie is not worth my mental health.” Lin has been replaced by Louis Leterrier, a French director who is known for Now You See Me and the first two The Transporter movies.

Diesel is no stranger to having feuds with his co-worker as he and Dwayne Johnson have had a very public feud that led to Johnson leaving the Fast and Furious franchise. Diesel publicly asked the Jumanji actor to return for the finale, but that may have backfired.