Licence to kill? More like licence to swill, according to researchers who say their study of James Bond movies reveals 007 has a "severe" drinking problem.

Close viewings of 24 Bond movies from 1962 to 2015 show the secret agent has not only been a heavy drinker for more than six decades but has also engaged in some very dangerous activity while inebriated, researchers from New Zealand's University of Otago and Oxford University say. 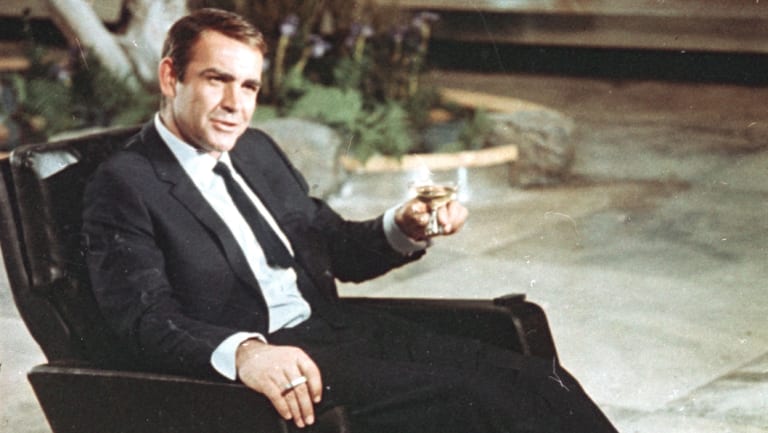 In an article published in the Medical Journal of Australia on Monday, the authors say Bond's brisk downing of martinis in some films puts him "well into the known fatal range" for alcohol consumption but doesn't seem to keep him from activities such as operating nuclear power plant machinery.

"Chronic risks include frequently drinking prior to fights, driving vehicles – including in chases – high stakes gambling, operating complex machinery or devices, contact with dangerous animals, extreme athletic performance and sex with enemies, sometimes with guns or knives in the bed," lead author Professor Nick Wilson of the University of Otago said.

The authors also noted 007's drinking was not limited to his signature shaken-not stirred-Vesper martinis (he's ready to drink what's about) and scenes involving medical scans showed his liver was "'not too good".

"James Bond has a severe chronic alcohol problem. He should consider seeking professional help and find other strategies for managing on-the-job stress," the authors conclude.

The iconic spy character has been heavily researched in past, with studies looking at his smoking, violence and psychological issues.