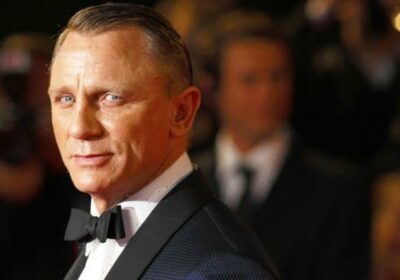 Just a few years after Daniel Craig joined the James Bond franchise in Casino Royale, the British star was appearing everywhere. On top of claiming commercial deals for cars and watches, Craig also found himself appearing in a video game. The game, James Bond 007: Blood Stone, introduced actor Adam Croasdell as the body double for Craig.

Croasdell played the physical manifestation of Craig’s Bond in the video game.

This means he provided motion capture acting for the game, putting him literally in Craig’s shoes.

The star walked Albert Square for a year, from 2009-2010, and sparked a raunchy romance with fellow EastEnder Roxy Mitchell (Rita Simons).

Croasdell appeared in 44 episodes, crossing words with some of Albert Square’s finest characters.

In 2010 he spoke candidly about playing Bond during an interview for EastEnders.

He told the BBC: “Oddly enough, I have just played James Bond in the new James Bond video game – how weird is that?”

He went on to add: “I don’t know what the future holds, but I’m always into varying up what comes my way, trying new things.”

Will Adam Croasdell make a return?

Join the debate in the comments section here

Croasdell continued: “I think video games and the making of that type of technology, being in a funny one-piece suit and being shot with 60 cameras, I think that’s sort of the future.

“Andy Serkis did it in The Hobbit, and there’s a new film Avatar which is James Cameron – it’s all that sort of motion capture. I think it’s the future, so I was fascinated to see how that would happen.

“I think in our lifetime, it is going to swing very much into the realms of computerised environments and who knows, maybe there will be more of that.”

Croasdell has not played Bond since the video game was released.

Still, considering Croasdell has played the legendary hero once already, he could reprise his digital role in the future.

All eyes are on who the next live-action Bond will be at the moment, however.

After No Time To Die is released later this year, Craig will step down from the role.

Another star will in turn take his place and the odds are currently dead set on a Bridgerton actor claiming the role.

At the moment, Ladbrokes place Netflix star Regé-Jean Page as the favourite to replace Craig with a staggering 4/5.

He is quickly followed up by Inception actor Tom Hardy who has an incredible 4/1.

James Norton follows with an intimidating 5/1.