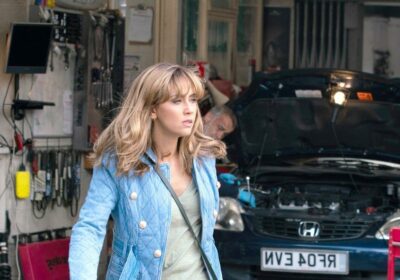 ITV boss Kevin Lygo has dropped a major hint that hit soaps Coronation Street and Emmerdale could make a permanent move to the ITV Hub.

During the Euros 2020, both programmes were uploaded in a box-set format to the online streaming platform, so viewers could still get their nightly fix when the football interrupted their regular schedules.

And now Kevin has suggested this format could well return, with episodes available for streaming online before they’re aired on the regular schedule – so fans could binge episodes in advance.

Speaking at Edinburgh TV festival, Kevin announced: "On soaps, it’s possible [that they could stream on ITV Hub first]. It’s a possible future."

He added: "For us, part of the restructure and its effect on commissioning is that we wanted to bring together in one place all aspects of what used to be called broadcasting, so the commercial programming and delivery so that it is more in line with modern behaviour and tastes."

Kevin also added that ITV want to focus more on live events and programmes that can "unite large swathes of the British public" – like the Euros.

He said: "ITV is incredibly successful at getting large numbers of people to come and watch the show at the same time.

"The other thing is to really come alive with our demand offering. This means slightly adapting the sort of programming that we will be making."

Some fans were pleased to hear the news, with one quickly tweeting: "Okay watching #Emmerdale weekly box set now!"

Someone else predicted back in July: "I wouldn’t be surprised to see box set approach return every now and then when schedules are heavily disrupted." Others, however, fretted that the bingeing format could ruin the suspense, with one writing: "The box set format kills the suspense and there is a risk of spoilers popping up on social media."

"I’m not sure how I feel about them always being released early," another echoed. "I think it can ruin a lot of build up to big stories like who Meena offs next week.

"On the flip side if you want to binge a good story, which hasn't been much of in #Emmerdale it might be ok."

Emmerdale currently airs weeknights from 7pm on ITV, with Coronation Street airing on Mondays, Wednesdays and Fridays from 7:30pm.