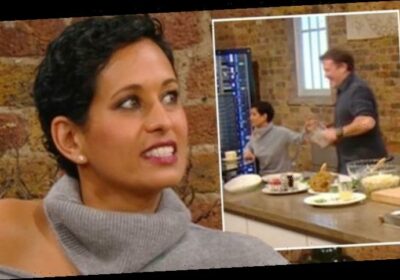 BBC Breakfast hosts Jon Kay and Rachel Burden checked in with Matt Tebbutt during the show to find out what would be coming up on Saturday Kitchen. He was joined by Naga Munchetty and Charlie Stayt while Yotam Ottolenghi was in the kitchen for the latest instalment. Unfortunately Matt couldn’t get a word in edgeways, as Naga and Charlie took over presenting joking they were on BBC Breakfast. At one point, Matt even joked he should just leave as he wasn’t needed in the studio.

“Our special guests today, Naga Munchetty and Charlie Stayt, good morning guys,” Matt said turning to the presenters. “Is it nice to be here rather than on the red sofa?”

Charlie replied: “I’m finding it all a bit weird frankly. I feel like doing, which is my camera, down here? Good morning and welcome to BBC Breakfast.”

Joining in on the joke, Naga added: “The time now is 9.31,” as Charlie pointed at Matt adding: “I don’t know what he’s doing here. I’m really confused.”

Turning to Naga, Matt asked: “And you’re just here for a laugh aren’t you? And the food and drinks.” 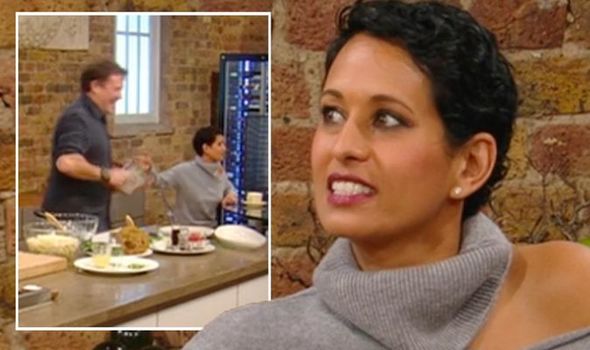 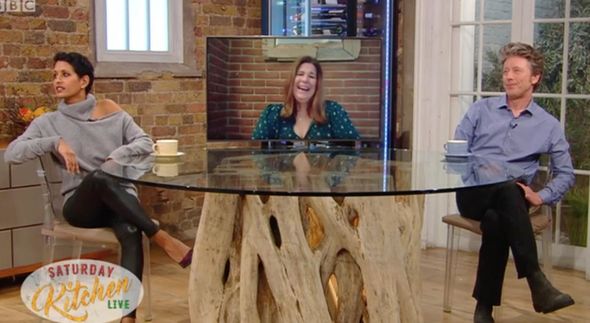 “Always,” the BBC journalist replied. “Yeah why not? It’s nice to get out and have a change of scenery.”

Matt continued: “I feel strangely more comfortable knowing that you’re there rather than down that lens to be honest. It’s always disconcerting.”

Matt then turned his attention to the presenter’s food heaven and food hell noting both had similar food hells. 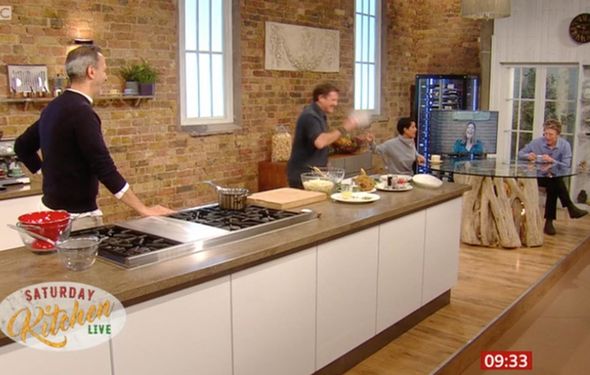 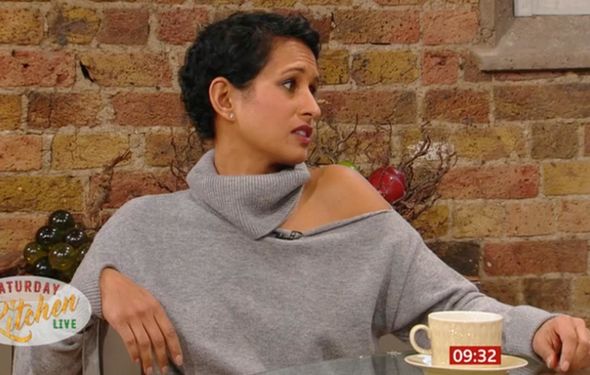 Charlie then took over presenting as he looked down the camera and told viewers what he liked before asking Naga about her food hell.

Naga insisted she was “sweet enough” so wasn’t keen on desserts and couldn’t stand white chocolate.

Her BBC co-host agreed as Matt exclaimed: “Should I just pull up a chair?”

While everyone in the studio could be heard laughing, Naga went on to introduce the guest chef for the episode.

“The best thing is, we have Yotam Ottolenghi here as well,” she explained.

Matt laughed: “I’ll let you introduce him,” before throwing his hands in the air and pretending to leave the studio.

Naga wasn’t fazed as she swiped: “Matt, honestly, it’s better without you anyway.

“So, we’ve got Yotam here and you’re going to dish up some amazing things for us.”

Yotam then revealed: “Charlie thinks it’s a restaurant here. He just asked for a menu.”

“Are you going to be doing all of the cooking,” Charlie asked with Yotam confirming Matt would be helping out.

Saturday Kitchen airs Saturday on BBC One at 10am.