Is Below Deck Med Season 5 cast the largest in franchise history? 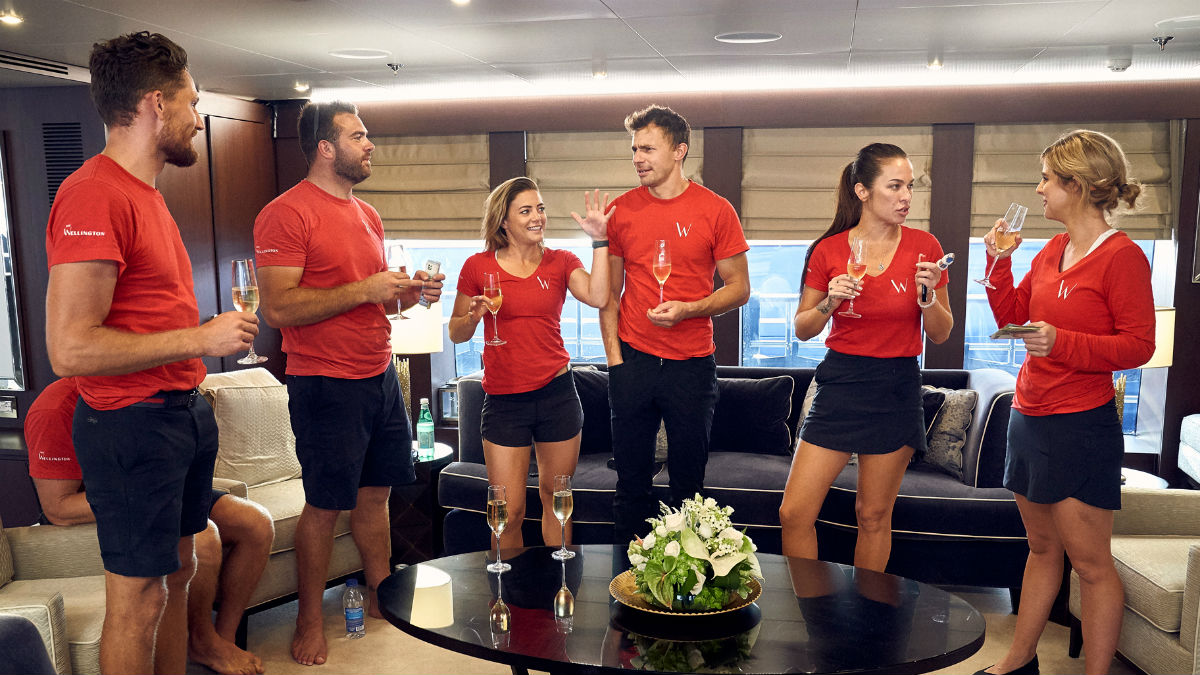 There has been a lot of cast turnover on the current season of Below Deck Mediterranean.

The comings and goings of The Wellington crew have fans wondering if the Season 5 cast of Below Deck Med is the largest in the show’s history. It is a valid question from fans, especially considering the cast not only dealt with changes during filming but after too.

How many cast members appeared in Below Deck Med Season 5?

Let’s take a look at the revolving door that has been the current season of Below Deck Med.

One charter into the season and it was apparent change was coming. Either Lara was going to get fired by Hannah, or she would leave on her own accord. The latter is what went down. Lara left, and Bugsy Drake came aboard as second stew taking the cast amount up to 10.

The next to say good-bye was chef Kiko. Captain Sandy fired him after his disastrous Vegas-themed dinner.

Hannah had a panic attack after Kiko was fired, leading Malia to discover the chief stew had valium and a CBD pen on the yacht. Malia ratted out Hannah to Captain Sandy, who fired the Below Deck Med vet.

Play the #BelowDeckMed drinking game and try not to get seasick on land. ?

A total of 12 cast members have appeared on Below Deck Mediterranean Season 5. However, due to Bravo firing Pete soon after the new season started airing, the cast seems smaller.

Is it the largest cast in the show’s history?

The craziest and most dramatic season has had the most extensive cast roster in the show’s history. Seasons 1-3 had nine crew members, but Season 4 saw a few changes, too, ending with 11 cast members.

Below Deck Med Season 5 is tied with Below Deck Season 3, which also had 12 cast members throughout filming. It appears 12 is the magic number for crew members in the franchise.

Should anything jaw-dropping happen, and another The Wellington crew member leaves the Bravo show, then Below Deck Med Season 5 will make franchise history. There are still a handful of episodes left, so anything is possible.

Below Deck Mediterranean airs Mondays at 9/8c on Bravo.