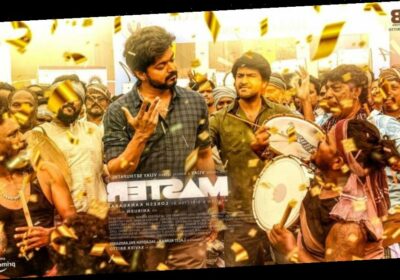 After an impressive start at India’s box office, the Tamil-language film Master has hit Amazon Prime Video across the globe, and looks set to maintain the star power of leading actor Vijay. Two years after playing a charismatic soccer coach in Bigil, Vijay dances into the role of a charismatic professor in Master. He’s John Durairaj, aka “JD,” the Dean of Student Affairs at a prestigious college in Chennai. He’s so beloved that the students won’t turn up to events without him. And he’s so fond of a drink, that they frequently have to show up at his house and drag him there. It’s clear that Vijay’s faintly comical drunk act will give way to sobriety and a more serious plot line, but there’s plenty of song and dance to be had first, with an energetic score from Anirudh Ravichander.

Director Lokesh Kanagaraj takes a typically leisurely approach while unfolding the narrative, which introduces the antagonist first, and in detail. Vijay Sethupathi plays it somber and straight as Bhavani, an orphan brutalized in a correctional facility who has become a powerful man and taken over the Lorry Driver’s Union. What sympathy we have for him evaporates as he’s revealed to be drugging kids and teens and co-opting them into his crime gang. Most of these come from the juvenile reform center in Nagercoil — a center that could really, guess what?, use a new Master. Preferably one with a moral compass as strong as his right hook.

Taking up the post, JD’s own path to redemption is far from smooth, with disturbing incidents creating higher stakes and inflaming his motive. These incidents also encourage much-needed emotional investment from the audience. But Master will still be most impactful for fans who already adore Vijay as much as the camera does, as it lingers on his dramatic entrances to each scene. While JD schools the pupils in “Personality Development,” his own character is, ironically, less developed than that of his arch enemy. There’s little to explain the devotion of hundreds of students, other than a cheeky wink and a willingness to roll up his sleeves and chase after the bad boys. In order to justify his alcoholism, he tells tall tales about his dark past, which — amusingly — are all based on plot lines from films. But when the real story is told, it’s brief and anti-climactic.

Female characters are sidelined, from Andrea Jeremiah’s PE teacher to Malavika Mohanan’s professor, but the boys in the penitentiary fare better. One, Unidiyal (Poovaiyar) has a particularly entertaining scene that reveals his intelligence as well as his backstory in one deft stroke. More of this precision would have been welcome in Master. But when the two Vijays line up for the final battle — one nimble footed and playful, the other grim and glaring — it’s easy to forgive and forget. Master may deliver its lessons with a heavy hand, but it’s got the charisma to see you through.