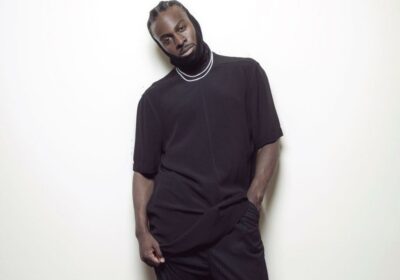 Season 2 of Wu-Tang: An American Saga welcomes Uyoata Udi to the block as young Inspectah Deck, one of the group’s most gifted lyricists. Knowing he had mighty shoes to fill, he approached the role with sincerity and dedication. Since the first few episodes dropped, he’s expressed that it’s a thrill to be on the show, and he’s feeling the love from hip-hop fans.

One thing RZA advised Udi to do was listen to Inspectah Deck carefully because “he’s so unique.” Fans will get to see and hear more of his take on Deck, including recreating some of his famous rhymes.

Showbiz Cheat Sheet spoke with Udi about his experience working on the TV series, conversations with Inspectah Deck, and his crash course in graffiti.

How familiar were you with Wu-Tang’s history prior to joining the show?

I was an L.A. kid. I grew up in L.A.; it was West Coast hip-hop music for me. Obviously, I was aware of Wu-Tang and their staple songs. I knew where Snoop came from, Eazy-E, I knew those facts.

But meeting Johnell [who plays GZA], he’s from Staten Island and he would tell me stories like, ‘Oh, yeah, this is the O.G. in Staten Island who used to run with Wu-Tang, or Wu-Tang used to have a street…”  All this back history that I wasn’t privy to because I wasn’t from there, and because I’m much younger than the time of that era and when they were at their prime.

What’s something you learned about Wu that you never knew before working on the show?

Deck was a graffiti artist. It wasn’t until they were like, “You ready to do your art? We’ve got a whole mural that we want you to do.” They actually gave me a spray can bottle, and I had a spray can and graffiti tutorial. There was an alphabet. In this season, you’ll see me graffitiing, and it’s real — it’s me doing it.

There’s such a technique and such a style to Deck’s graffiti. It’s so specific, and I wasn’t aware of that. I had a coach, I had sessions. I would be going in to do a scene, then coming out of the scene to go to class and have a graffiti session where they would teach me.

It was fun, new, but difficult. I felt I embodied hip-hop culture when I was doing graffiti. For me, I was so excited because I felt like I was back in the time when hip-hop was appreciated.

Because this is your first season on the series, did you have a chance to speak with Inspectah Deck?

I had a chance to speak with him on the phone, and we had an extensive conversation. It was insightful! In my mind, I’m like, “Yo, I’m talking to Deck.” I’m not starstruck, but in that moment, to have a conversation with a man who’s so iconic, so wise, and so talented, is something that I’ll cherish forever. He was so open.

I really just wanted to hear what he had to say. I was listening for his cadence, I was listening for his timing, how I heard him, and how I could embrace his diction and sound. I also was listening to the stories and experiences. Everybody says so many different things, so when you have Deck on the line, he’s going to give you the most real story because it’s him. I just allowed him to speak and took time to take in everything he was saying.

Besides studying Deck and his flow, what are some of the other things that helped you get into character?

My friends that lived in that era. My friends, family, and mentors that were in New York during that time when they came out. They would tell me stories. They remember it as though it was yesterday.

They remember the details, the outfits, the colors, the hair, the styles of the time. For them, it was life-changing. It was next-level and so dynamic that it stayed with them for over 20 years. There’s something to be said about that. A lot of that storytelling really got me to where I am in the role and playing it the way I played it.

What do you think fans should be most excited about for season 2?

It’s a brotherhood. I think fans will be excited about the music, however, I think they’ll add brotherhood and community to the excitement when they see the bond that’s created on set. There was a moment in the script where a Black man got shot, and people are laughing. We had to revamp that because that’s not the narrative; that’s not the point of the message.

The point of the message is that brotherhood is stronger than anything. It allows you to create success as the Wu members have done. RZA speaks about this in one of his books. If I see my brother, and he’s just as talented as I am, why do I want to have a challenge? Why not stand behind him and work with him, and he work with me and we come together to make something bigger than ourselves. I’m excited about that and I pray fans are going to be excited about it as well.

Check out Wu-Tang: An American Saga Season 2 on Hulu each Wednesday.