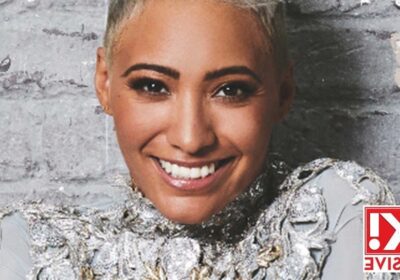 Strictly Come Dancing professional Karen Hauer has opened up about her “supportive” friendship with co-star and the show’s reigning champOti Mabuse.

Giving OK! an insight into their tight relationship, Karen explained they instantly clicked when they met and have gone onto become almost like sisters over the years.

39-year-old Karen, who recently left the competition after dancing with The Crown actor Greg Wise, said: “I love her to bits and we’ve become closer and closer throughout the years.”

The star continued: “It’s so nice that I have the support of friends like Oti, and she has my support as well.”

Karen also revealed that due to some filming regulations, she hasn’t been able to spend as much time with Oti as she’d like.

However, the duo can always rely on one another to make each other laugh – even if it’s from afar.

Karen went on to say: “It’s very tricky because we’re all in our bubbles, but we send each other air hugs and text the funniest things.”

This comes after Karen, who reached last year’s final alongside Jamie Laing, recently lifted the lid to OK! about her new relationship with boyfriend Jordan Jones Williams.

Speaking about how he was a great source of support for her during this series of Strictly, Karen said: “It can be hard because it’s his first time experiencing all of this with me.”

“It’s a big thing to throw at someone who’s new to a world that I’ve been living in for the past 10 years.”

She added: “I mean, it’s difficult enough when you’re in the business, but he isn’t so it’s a bit like, ‘Oh my God. What is happening?’”

Karen, who is the BBC show’s longest-serving professional dancer now that Anton Du Beke has swapped to the judging chair, also spoke about their life at home with the other love of her life – her dogs.

She laughed: “They jump all over me and then we fall asleep together. I have both Marley and Betty in the bed and we literally push my boyfriend Jordan out.”

However, the star admitted it’s not always fun and games with her pets, recalling a recent time when they weren’t on their best behaviour.

“I was away for three weeks with the other pros, so I had to leave the dogs. When I came home my eldest, Betty, did a revenge poop on my new carpet!”

“I was not happy about that, but I knew she was telling me, ‘Don’t leave me for that long again!’”

For more Strictly news on and off the dance floor, sign up to our daily OK! Newsletter. Strictly Come Dancing continues on BBC One.