KERRY Katona is back to her best and living in serious style in a Cheshire mansion worth £2million.

The former Atomic Kitten star is renting the luxury property while she looks to buy a forever home up north – but it is not cheap. 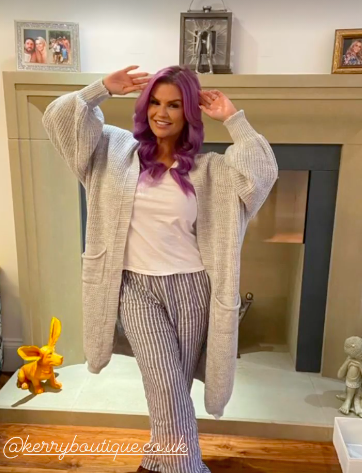 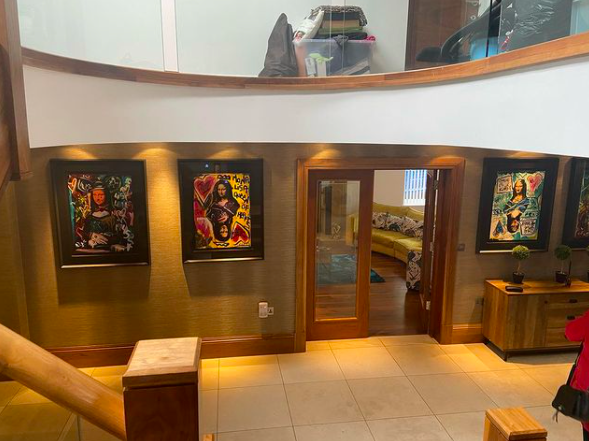 Kerry, who has pulled herself back from bankruptcy, is reportedly shelling out £9,500 a month on the stunning house.

Fans have now been given a sneak peek inside the mum-of-five's family home, including a look at some really quirky features.

Based in the exclusive area of Alderley Edge, which is a hotspot for footballers, the open-planned property is more than big enough for her brood.

Downstairs, the house has gleaming floorboards and tiles, white and grey walls, and cottage-style beams fixed on the ceiling.

It also features a state-of-the-art kitchen with a line of ovens and a huge grey breakfast bar.

But Kerry, 40, has added some fabulous personal touches to the downstairs of the house, including some quirky and bright pieces of artwork.

The pictures are framed and hanging on the wall, adding some colour to her neutral scheme.

Kerry's lounge has large bay windows and the doting mum has added a selection of family photos around the fireplace, too.

The talking point, however, is Kerry's £6,000 pool table. The contemporary re-work of the traditional table has a black top instead of the usual bright green felt, and is completed with a chic charcoal-grey exterior.

FIT FOR A QUEEN

Meanwhile, the upstairs of the house is accessed via a big spiral staircase with banisters made from glass and wood.

Kerry has tastefully decorated the property's big bedrooms, opting for an incredibly eye-catching patterned bed in the room she shares with fiancé Ryan Mahoney, 32.

And when it all gets too much, Kerry – who recently revealed that she's earned a MILLION quid from flogging saucy foot fetish pictures on her OnlyFans account – can unwind in her glossy bathtub, complete with TV screen.

Outside, the house has two garages and backs onto a small lake. Kerry has a sprawling garden with an area to socialise on sofas.

Kerry moved into plush new house in June and had initially been on course to buy it. But according to reports, a breakdown in the chain meant the sale fell through.

"The house Kerry bought has fallen through due to issues with the chain," a representative for Kerry told Daily Mail.

"So because of this she is renting the property for six months whilst looking for a new home up north." 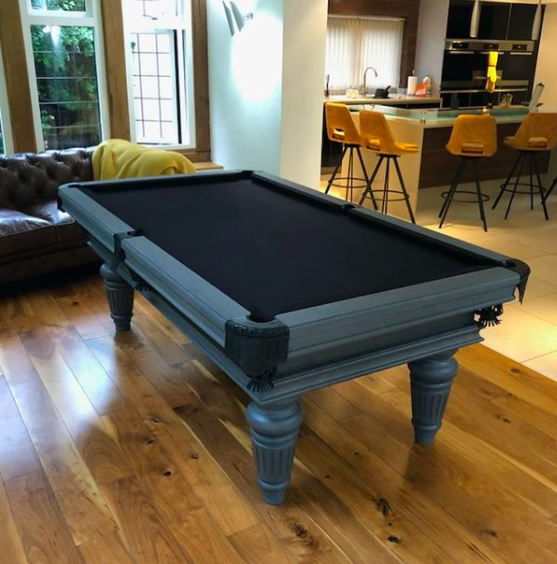 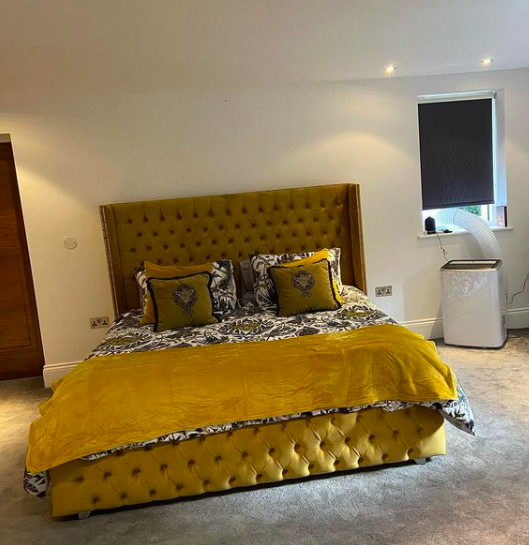 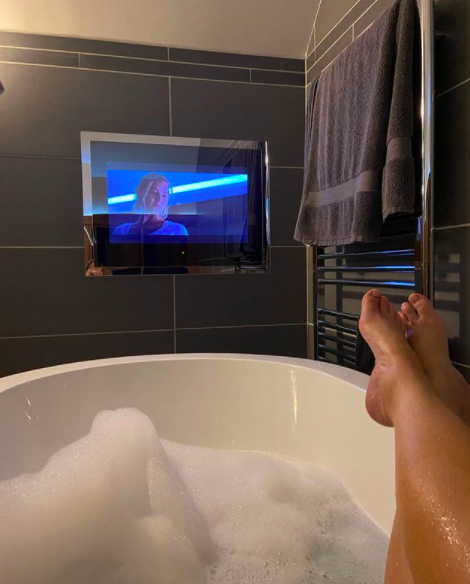