Today, June 12 2021, is the 40th anniversary of the release of the first Indiana Jones movie, The Raiders of the Lost Ark, which was originally released in 1981. Harrison Ford introduced the legendary whip-cracking hero by tracking down the Ark of the Covenant and taking down a slew of Nazis along the way. Unfortunately for the American actor, a health crisis on set in Tunisia inspired a rewrite in the script.

During the first film, Indiana lost track of Marion Ravenwood (Karen Allen) while in Cairo.

After fist-fighting his way through the streets, Indy found himself facing off against a large, sword-wielding warrior who showed off just how skilled he was with a blade.

In response to this new foe Indy simply pulled out his gun and shot the assailant, killing him and ending the fight before it began.

This, Harrison later revealed, was written into the script because he was suffering from dysentery while shooting. 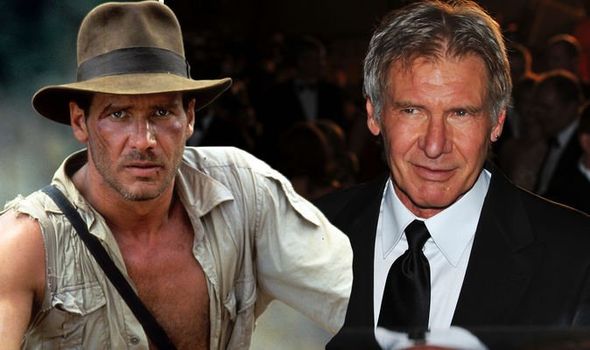 Speaking in an Ask Me Anything (AMA) in 2015, Harrison explained how he and director Steven Spielberg came up with an alternative idea.

He said: “We were shooting in Tunisia, and the script had a scene in which I fight a swordsman, an expert swordsman, it was meant to be the ultimate duel between sword and whip.

“And I was suffering from dysentery, really, found it inconvenient to be out of my trailer for more than 10 minutes at a time. We’d done a brief rehearsal of the scene the night before we were meant to shoot it, and both Steve [Spielberg] and I realised it would take two or three days to shoot this.

“And it was the last thing we were meant to shoot in Tunisia before we left to shoot in England. And the scene before this in the film included a whip fight against five bad guys that were trying to kidnap Marion, so I thought it was a bit redundant.” 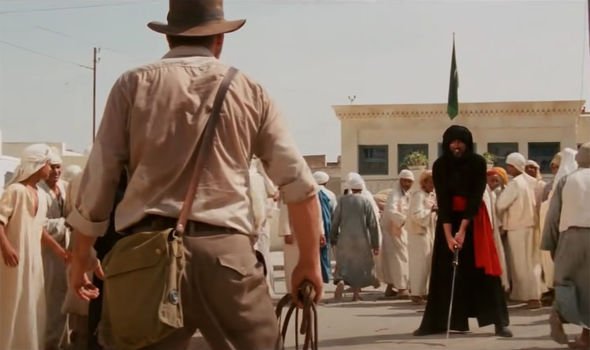 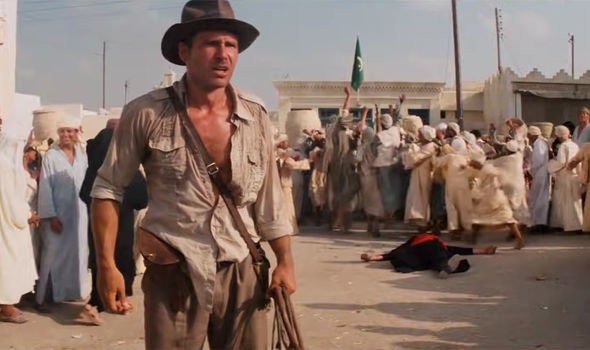 Harrison revealed: “I was puzzling how to get out of this three days of shooting, so when I got to set I proposed to Steven that we just shoot the son a b***h.

“Steve said: ‘I was thinking that as well.’ So he drew his sword, the poor guy was a wonderful British stuntman who had practised his sword skills for months in order to do this job, and was quite surprised by the idea that we would dispatch him in five minutes.

“But he flourished his sword, I pulled out my gun and shot him, and then we went back to England.”

Producer for the movie, Frank Marshall, later recalled the same anecdote in a separate interview.

Of course, the scene went down in history as one of the smartest and most iconic moments in the series, adding to the series’ success when it was first released.

The film itself was a smash hit when it was released in cinemas in 1981.

Despite being created on a budget of just $20 million, it raked in more than $389 million at the box office.

Steven had teamed up with Star Wars creator George Lucas to bring Indiana Jones to life.

They also toyed with the idea of bringing Tom Selleck on board as the archaeologist, before a scheduling issue knocked him out of the running.

Eventually, they decided on working with Harrison once again.

The Indiana Jones films are available to watch on NOW.