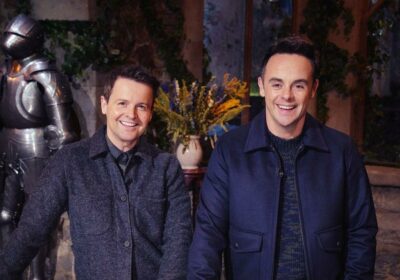 I'm a Celebrity… Get Me Out of Here! is back on our screens, but this year's celebs could be up against a string of mental health risks from "anxiety" to "isolation".

The iconic ITV show has returned to its creepy Gwrych Castle set in North Wales for the second year running due to Covid travel restrictions, after filming the show there last year during the pandemic.

Loveable Geordie duo Ant and Dec are back presenting the show too, and they've been teasing fans with behind-the-scenes snaps taken in the castle grounds.

However, it appears the celebs could be in for a series of mental challenges too, as they set foot in the medieval-style Gwrych Castle this year.

Daily Star spoke to Dr Rina Bajaj, a Chartered Counselling Psychologist who has worked for the NHS as well as the corporate world and voluntary sector.

Dr Rina took a closer look at the mental challenges posed by the show, and how the ghoulish castle setting could affect the celebs' wellbeing.

The psychologist explained that the castle's ghostly setting and "remote" location could make the stars feel "emotionally unsafe", and that they'll have to try their best to stay calm and grounded to avoid panicking on television.

She said: "One of the things that first comes up when you research into the castle is ghost hunts! This, coupled with its remote location, really feeds into the potential for the celebrities to feel more on edge and emotionally unsafe.

"The main challenge will be for the celebrities to stay calm, relaxed and grounded in such a spooky environment! If they are not aware of this, they may be more likely to be reactive, afraid, panicky and hyper vigilant."

The expert went on to highlight that the stars may suffer from damaged sleeping patterns in the castle camp amid the winter season.

Dr Rina continued: "The celebrities will be enclosed in a smaller space with less natural light which could impact on their circadian rhythms and basic mechanisms like sleep.

"As we go into the winter, the darker nights and change in weather could also impact on the moods of the celebrities.

"They may also experience fatigue, low energy, feeling of helplessness and social withdrawal as celebrities may fight their natural tendencies to hibernate at this time of year."

The expert also pointed out how "lonely" it might be for stars to adapt to a new place, away from their home comforts, family and friends.

She said: "The celebrities will be away from their usual support network and this can potentially increase feelings of anxiety, low mood, loneliness and isolation, particularly as they go through the transitory period of trying to build new relationships."

Finally, Dr Rina suggested that some of the stars may feel the need to "put on a show" for the cameras at first.

She revealed: "For some of them, this will be triggering their insecurities. Initially, they will be very aware of being on TV and putting on a show – presenting themselves in the best light.

"I think that this is going to be more likely to happen for those celebrities who have been in the limelight for longer as they may be less in touch with their real selves. But it will be interesting to see how their celebrity persona and masks are dropped as reality kicks in."

It appears some of the celebrities may seek out external validation from the public, and will be "conscious" of what they think of them as they take part in the show.

She added: "For some of the celebrities, they may also be more sensitive to external validation. So they may be more conscious about what the other contestants and public may be thinking about them.

"If they feel that this is negative, then it could impact on their feelings of self esteem and self worth."

I’m A Celebrity…Get Me Out Of Here! airs Sunday 21st November at 9pm on ITV and ITV Hub.