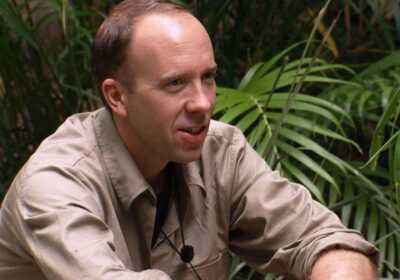 I'm a Celebrity…Get Me Out of Here! contestant Matt Hancock has been slammed by viewers after he told the camera about a brutal snub from his campmates.

The former health secretary offered to put his name down for an upcoming trial but his campmates refused to let him do so.

He was talking to the camera about the scenario and explained that he had offered to put himself forward but his co-stars had other ideas.

However, some of the British public took the opportunity to slam the politician after he made the confession and took to Twitter to share their thoughts. Some even suspected that Matt's offer had an ulterior motive – potentially to remind his co-stars and viewers of his past efforts.

One wrote: "Matt 'I keep volunteering' Hancock, leaving out how he adds: 'But I have done a huge number of them already' every time."

Another savagely tweeted: "'I'm happy to do it but I've done 6 trials' Really Matt? Don't say. Does he genuinely just expect to ride that one little thing all the way to the end now? Bore off. Surely he's gotta go tonight, right?"

Despite his generous offer, Matt wasn't chosen and Jill Scott went for the trial instead.

The challenge, titled Critty Critty Fang Fang, saw the footballer dressed up in a pink dress wearing a bonnet as she climbed over a car suspended mid-air.

Her vehicle was full of insects that fell on top of her as she tried to grab the stars and win the trial.

Eventually, Scott managed to take all seven stars and returned back to camp to share the good news.

Jill's co-stars were over the moon to hear that she had been successful and relieved to know that they would all have a meal that night.

Although Jill's efforts were appreciated by the camp, many viewers were left fuming after Chris Moyles didn't take her place.

Her co-stars agreed that she should do the Bushtucker trial but believe that the Radio X star should have offered as he's only won one star out of a potential 11 in the last week.

Fans turned to social media to urge ITV bosses to force Moyles to take part, while others called him out for "going into the jungle but avoiding all trials".

More flocked to share their disappointment and slammed him for "literally doing nothing" and "moaning all the time".

This is a breaking showbiz story and is being constantly updated. Please refresh the page regularly for the latest news, pictures and video.

You can also get email updates on the day’s biggest celeb stories straight to your inbox by signing up for our showbiz newsletter .

Get all the very best headlines, pictures, opinion and video on the day’s top showbiz stories by following Daily Star every time you see our name.

Keep up-to-date with your must-see showbiz stories, features, videos and pictures throughout the day by following us on Facebook at facebook.com/DailyStarShowbiz