I’m A Celebrity… Get Me Out of Here! co-presenter Holly Willoughby has shared that she was close to tears after an emotional reunion with her This Morning colleague Alison Hammond.

Alison has been over in Australia causing havoc (and falling over) on companion show Extra Camp, and for a segment on This Morning today (December 4), the presenter shared her jungle video diary, which included a catch up with the regular This Morning host.

Holly has been working on ITV’s jungle reality show with Declan Donnelly following Ant McPartlin’s withdrawal from his usual post to focus on his recovery, and she admitted in the clip that seeing Alison was like reuniting with her family.

During a behind-the-scenes tour of the camp, Alison bumped into Holly and the pair shared a huge hug as Alison asked Holly how she’s been adapting to jungle life.

“Well you saw when I saw you, I nearly cried. I was like, ‘It’s my family!'” she said, before adding that Dec has been “so wonderful”.

“He’s really helping me,” she added. 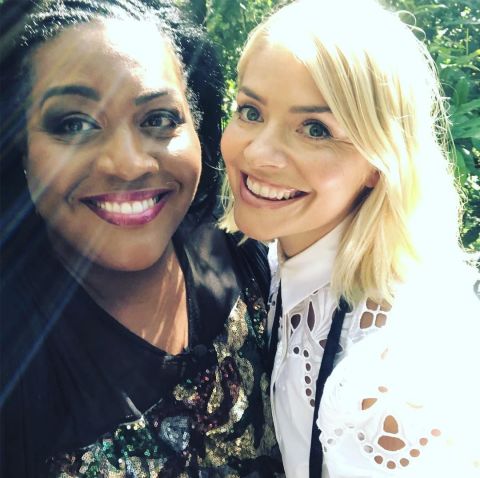 Alison then asked Holly how she’s coping with the trials, and Holly joked that it’s like she’s doing the trials too. 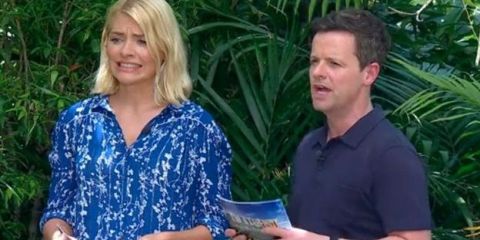 Alison also asked Holly who she thought would be crowned the 2018 winner of the TV series and while Holly didn’t name anyone outright, she did add that she thinks we’ll be getting another Queen of the Jungle.

But, most importantly, Holly also revealed that she misses her This Morning team “so much”.

“Thank god we’ve got the app,” she added. “I’m going to be home really, really soon. Christmas, Holly is coming back. I can’t wait to get back.”

I’m a Celebrity… Get Me Out of Here! continues at 9pm tonight (December 4) on ITV, with Extra Camp following immediately afterwards on ITV2. This Morning airs weekdays from 10.30am on ITV.