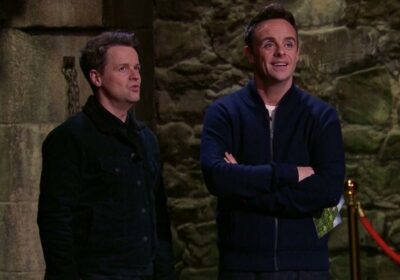 Gwrych Castle is set to face a battering of rain, according to weather experts as stars descend on the historical site for I'm a Celebrity… Get Me Out of Here!

ITV confirmed earlier this year that the hit show will be returning to Abergele, Wales due to the ongoing circumstances surrounding international travel to Australia.

The start date hasn't yet been confirmed by the network but previous years suggest it could be kicking off in just a matter of weeks.

This has been thrown into jeopardy though as weather experts predict that the historic castle will see a dramatic change in the forecast.

Experts predict that the 19th century building will see around half an inch of rainfall, as well as 54mph winds as the celebrities settle themselves in at their new home.

The weather forecast also suggests that there could be some serious cloud overhead and the temperature could even remain sub-zero throughout their stay.

It's been claimed by The Sun that the first two weeks of the show could see some heavy rainfall, a stark contrast to the blistering temperatures Australia normally has to offer.

This year's campmates are said to be isolating for two weeks upon entering the castle in a bid to eliminate the risk of anybody catching coronavirus.

While there is yet to be an official announcement as to who is heading into the castle, sources suggest Olympic diver Matty Lee, presenter Richard Madeley and Line of Duty star Anna Maxwell Martin could be entering.

When asked if she would enter the camp, she revealed: "I could, after what I've just been through, I've set myself a little bucket list that I want to do.

"I want to live life to the fullest, even though I'd be petrified of everything, I just want to give it a shot, I want to say 'Seema did this', I'd 100% do it."

The picturesque Gwrych Castle was originally built in the 14th century before being rebuilt around 1812 by Lloyd Hesketh Bamford-Hesketh.

Local myths claim the castle is haunted by Winifred Cochrane, Countess of Dundonald who resided at the property between 1894 and 1924.

Legend has it that Winifred patrols her former family home at night time after her husband "destroyed" her life's memory when she died aged 64.

While another local legend suggests that a person saw a "headless monster" in a field surrounding the Gwyrch estate back in 1913.