I’m a Celebrity… Get Me Out of Here! left viewers both confused and amused tonight (November 3) thanks to a slip-up by ITV’s continuity announcer.

Just before the show started, the voiceover questioned if ‘Rita and Simon’ would succeed in the latest trial, leaving viewers questioning who Simon was and why he wasn’t helping Rita out during the trial.

You know, given there’s no celebrity in the jungle who goes by the name of Simon.

It’s an easy mistake to make, seeing as Rita’s surname is Simons. And even if there was a Simon in the jungle, Rita and James McVey did just fine in their Stars of the Silver Scream trial, earning all bar one of the stars.

Elsewhere, John Barrowman returned to camp after damaging his ankle. It’s sprained and swollen, but he’s okay. Whether he’ll be ruled out of any trials on medical grounds, we’ll have to wait and see. 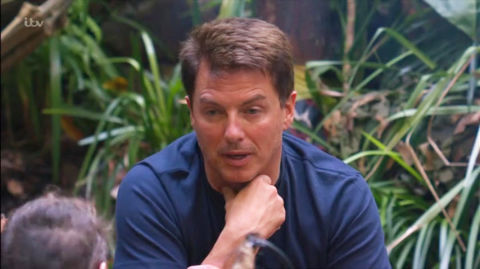 I’m a Celebrity… Get Me Out of Here! airs nightly at 9pm on ITV, while Extra Camp airs afterwards on ITV2.