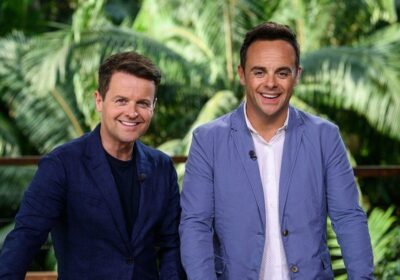 Executive producers of ITV reality series I'm a Celebrity… Get Me Out of Here! are reported to be eyeing up a legendary football star for the 2022 series.

The Sun reports that former Wycombe Wanderers striker Adebayo Akinfenwa is in talks to enter I'm A Celeb, after a source claimed that the footballer was keen to be in the upcoming series.

The source said: "Ade is in the frame and would be keen on appearing.

READ NEXT: Comedian Alan Carr's famous father Graham Carr – and who the sporting star is

“He was a hard man on the pitch, but is a gent off it.

"He’s also charismatic and funny and knows loads of people in the game."

Adebayo played for teams including Millwall, AFC Wimbledon and Swansea City, before launching his own clothing label called Beast Mode On.

However, following the reports that he is in talks to join I'm A Celeb, The Sun said that a spokesperson for the football legend and ITV both declined to comment.

Speculation is growing around contestants for the 2022 series of I'm A Celeb, after ITV bosses confirmed that the popular programme will be returning to Australia for the first time in three years.

The TV series had to be set in Gwrych Castle in Wales since 2020 due to the pandemic, but hosts Ant McPartlin and Declan Donnelly revealed in May that I'm A Celeb would be returning to its original location.

Ant said to Amanda Holden and Jamie Theakston on Heart Radio: "The plan is we're going back to Australia. It's got to go back to hits spiritual home. Everyone wants to see a bit of sunshine at that time of year on the telly."

However, the celebrities set to enter the jungle have not yet been confirmed, but if previous years are anything to go by, viewers could be expecting some huge names.

But who will be entering the jungle next? Viewers will have to wait and see.