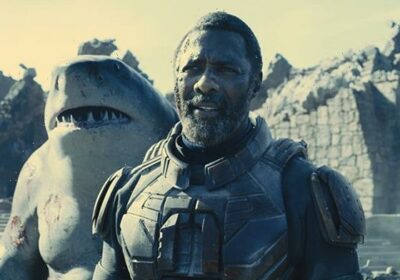 The hype surrounding James Gunn‘s The Suicide Squad has only grown since its release. Premiering both in theaters and on HBO Max gave the film a massive audience, especially since fans wanted to get in on the action before spoilers emerged. And despite not achieving the great highs of its projected theater numbers, The Suicide Squad Squad still came out on top this weekend. Suffice to say, audiences are excited about this new iteration of the group. A huge part of this love goes straight to the film’s cast, a mix of characters familiar and new.

Among the new faces is Idris Elba. His role in the film was initially shrouded in secrecy and became a subject of speculation. Eventually, he was announced to star as Bloodsport, a mercenary who would join the squad on Amanda Waller’s (Viola Davis) manipulations. Before this was solidified, rumors said Elba would replace Will Smith in the role of Deadshot. While this has obviously been debunked, Elba has since commented on the chatter to say that he wouldn’t have been interested in Deadshot’s role anyway.

In an interview, Elba told ETOnline:

“Those rumors would be natural because Will said he wasn’t joining the second movie, so it was quite natural for audiences or fans to think that I would be taking over the Deadshot character because the Deadshot character lived in the other movie. But I was really satisfied that James didn’t want to do that, I didn’t want to do that. Deadshot is a great character and Will slays it, so I was really keen the audience and fans kept that rumor going, because… surprise.”

The Suicide Squad production team had reportedly considered bringing Smith’s Deadshot back in Gunn’s film, but Smith’s schedule prevented that from happening. However, with Elba cast as an entirely different (albeit similar) character, that leaves the door open for Deadshot to return.

Bloodsport’s Role in The Suicide Squad

We’ve come a long way since the initial announcement of the film, which caused some confusion as those familiar with David Ayer‘s Suicide Squad struggled to find the connection to Gunn’s film. But The Suicide Squad has quickly found its place in the DCEU. Neither a reboot nor a sequel, the film doesn’t go out of its way to connect to prior movies. At that same time, it’s expected to spawn future connections, including the upcoming Peacemaker series — a continuation of the universe and characters the film introduced.

Much of this confusion was due to its returning cast members. The Suicide Squad brings back core members of the previous squad, including Margot Robbie’s Harley Quinn and Joel Kinnaman’s Rick Flag. Once it became clear that Will Smith would not return and Idris Elba‘s casting was announced, many jumped to the conclusion that he would step in to replace the other core team member, Deadshot. But Bloodsport turned out to be a pleasant surprise, even becoming the heart of this new team.

The similarities between the two characters are certainly noticeable — Bloodsport, like Deadshot, is a mercenary with high-tech weapons, a strained relationship with his daughter, and much reluctance about being a hero. Though they both earn their place in Belle Reve, they also prove to be more than their biggest crimes. Should a sequel make its way to the big screen, it would be fun to see the two team up — or clash.

The Suicide Squad is now playing in theaters and available to watch on HBOMax.

Check out the full interview with Idris Elba and co-star Daniela Melchior below.