Home » TV & Movies » How Will the 'Sex and the City' Reboot Deal With the Absence of Samantha Jones?

How Will the 'Sex and the City' Reboot Deal With the Absence of Samantha Jones? 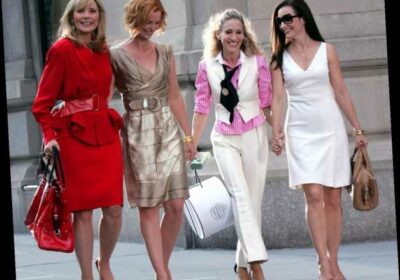 It’s official; fans will be getting a reboot of Sex and the City. The original show’s stars, Sarah Jessica Parker, Cynthia Nixon, and Kristin Davis, all took to Instagram to share a brief trailer about the upcoming HBO Max offering, And Just Like That. Fans of the show might notice that one big star was missing from the announcement. Kim Cattrall, who portrayed Samantha Jones for all six seasons of the original series, will not be reprising her role. So, how will the team behind the upcoming project deal with Samantha’s absence? No announcement has been made yet, but writers could go in a few different directions.

Cattrall has said that she won’t return to Sex and the City because she thinks she’s taken the part as far as she can. That’s not what most people think is going on, though. Cattrall has been incredibly outspoken about her dislike for her former castmate, Parker. Over the years, Cattrall has lashed out at Parker and made claims of “mean girl” behavior on the set of Sex and the City.

Since the feud has been made public, the writing team could choose to use the real-life rivalry as inspiration when writing the 10-episode series for HBO Max. A falling out between Samantha and her three besties could be an easy way to explain Samantha’s absence while simultaneously making room for a new or returning character. Some fans would like to see Jennifer Hudson return to reprise her role as Louise from Sex and the City: The Movie.

Samantha Jones’s absence could be explained away by a move

In 2017, Cattrall sat down and discussed her time on Sex and the City, as well as her decision to walk away from her famed character with Piers Morgan. Cattrall told Morgan that she played the part “past the finish line” and thought it was best if the production team recast the role. Cattrall suggested recasting a Black actor into the role.

While fans largely agree that only Cattrall could be Sammy Jones, casting a Black actor into a similar role would certainly change the show’s dynamic for the better. That still leaves Michael Patrick King grasping at ways to explain Samantha’s absence. The least dramatic option would be to have had Samantha move away.  Reddit users note that Samantha moved to Los Angeles once, so it seems plausible that she could move to London or Australia. A long-haul flight would make it more difficult to visit her friends.

When news that Sex and the City 3 was not going to happen, fans were upset. Now, the scrapping of the movie might have been a good thing. The third script was rumored to focus on the death of Mr. Big, Carrie’s longtime love. In theory, the show’s writers could use the same theme to explain Samantha’s absence.

Fans of the series, and Samantha’s character, don’t want to see her killed off, though. Killing off the character would make it impossible for Cattrall to reprise the role in the future. Sex and the City fans would like to see the door left open for her return, however unlikely it seems at the moment.