How to Watch the Golden Globe Awards 2021 Nominations Live! 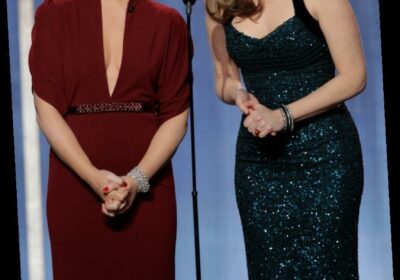 The show must go on!

Despite the COVID-19 pandemic making the last calendar year one of the most uncertain times in the history of the entertainment industry, the 2021 Golden Globe Awards are currently still scheduled for less than a month away on February 28.

Since the ceremony is coming right up, the Hollywood Foreign Press Association, the governing body overseeing the Globes, will announce nominations early Wednesday morning.

There are several ways to watch the fun play out live. The nomination ceremony will be streamed on both the Golden Globes official Facebook page and the Golden Globes website. Nominations will begin just after 8 a.m. ET/5 a.m. PT, making it an early morning for all the excited nominees.

RELATED: Jane Fonda Will Receive the Cecil B. DeMille Award at the 2021 Golden Globes

The TV categories will surely be stacked with titles that have helped audiences stay entertained during the pandemic, with potential nominees including HBO's The Undoing, starring Nicole Kidman and Hugh Grant, and Netflix's The Crown.

While those two will battle it out in the drama categories, it's possible the Golden Globes comedy categories will end up just like last year's Emmy Awards — completely dominated by Schitt's Creek.

The beloved sleeper hit won every possible award at the Emmys and will surely be nominated several times over Wednesday morning. The movie side is a little more complicated. While several big ticket movies have been held up due to most movie theaters remaining close, the list of potential nominees is still impressive.

The latter two star the late Chadwick Boseman, who will likely get at least one posthumous nomination for one of his final roles on screen. He died in August at age 43 after a private four-year battle with colon cancer.

Tune in to see who wins at the big show on February 28, hosted by returning emcees Tina Fey and Amy Poehler. The show will be broadcast virtually on NBC starting at 8 p.m. ET.