How Princess Diana's Funeral Was Really the Queen Mother's 'Own Funeral' 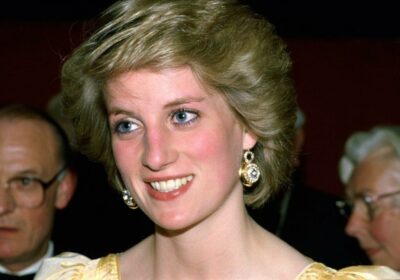 Princess Diana, who was also known as the “People’s Princess,” might have died in 1997, but her influence continues to this day. From the way that her two sons react to situations in public to the way that fans around the world view the royal family, Diana’s life and tragic death laid out a blueprint that the royal family still follows.

When Diana died, no one was expecting it, which not only sent shock waves through fans but threw a wrench in the royal family’s plans as well. In fact, according to a 2020 report, the funeral that was given in honor of Princess Diana was actually the exact same ceremony that was planned for another high-ranking member of the royal family.

Diana’s time in the royal family might have been incredibly influential, but it was also very short. After an unhappy marriage to Prince Charles, Diana and the royal divorced in 1996. Just one year later, Diana was killed in a car crash that claimed her life as well as the lives of several other passengers, including her boyfriend, Dodi Fayed.

Diana’s funeral was held only days after her sudden death, on September 6, 1997. Mourners from all around the world traveled to Kensington Palace to place flowers in her honor and to remember the “People’s Princess.”

The funeral procession was watched by millions, with the sight of Prince William and Prince Harry walking behind their mother’s coffin providing a poignant reminder of what had been lost. In the days surrounding her death and funeral, many people criticized the royal family for their seemingly emotionless response to the tragic death. However, it seems as though the royals were dealing with quite a bit behind the scenes.

According to a September 2020 report from Express, Diana’s death hit the royal family very hard, and they had to scramble to pay her the appropriate respects. As royal family expert Rachel Bowie described, “Queen Elizabeth bowed her head as the coffin went by. She was standing outside Buckingham Palace with the Queen Mother and this is a weird fact I’ve learned. The funeral procession and ceremony had actually been regularly rehearsed for the past 22 years in preparation for Elizabeth, the Queen Mother’s death, it was called Operation Tay Bridge.”

Bowie added, “They would rehearse it case of her death but she actually didn’t die until five years after Diana did and she was 101. Pretty wild that she saw her own funeral play out in real time.”

When did the Queen Mother die?

Witnessing her own funeral play out in real-time was probably not the strangest thing that the Queen Mother experienced over her long life. Elizabeth Angela Marguerite Bowes-Lyon, the mother of Queen Elizabeth II, was the longest-living member of the British royal family when she died in her sleep in March 2002, at the age of 101.

Reportedly, she had been suffering from a lingering cold for around four months prior to her death. Her funeral, held on April 9, 2002, was attended by an estimated 200,000 people, making it one of the biggest funerals in royal family history.

The Queen Mother’s own funeral might not have been as widely publicized as Diana’s, but it was clear based on the number of attendees, that she left a major impact, not just on royals, but on everyone around the world who recognized her guiding influence on the queen.