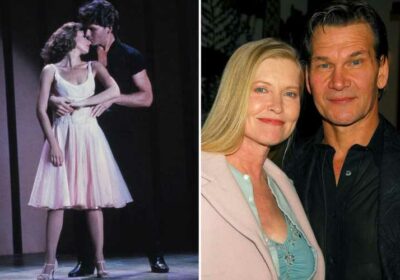 HE was the snake-hipped star who captured the hearts of millions with his roles in Dirty Dancing and Ghost.

But off-screen Patrick Swayze struggled with grief over the death of his father, the trauma of a miscarriage and not being able to become a father, and the death of his little sister by suicide. 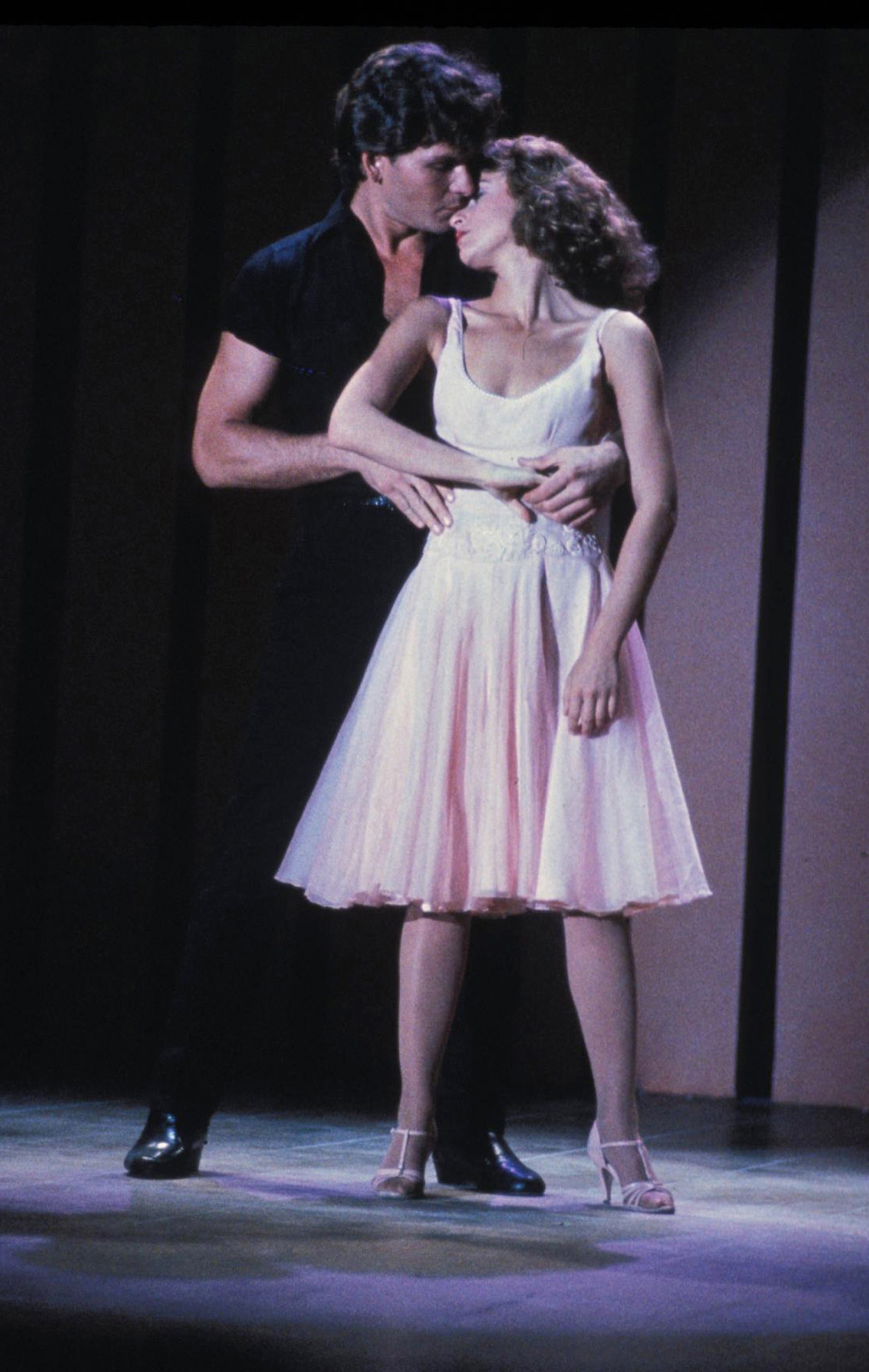 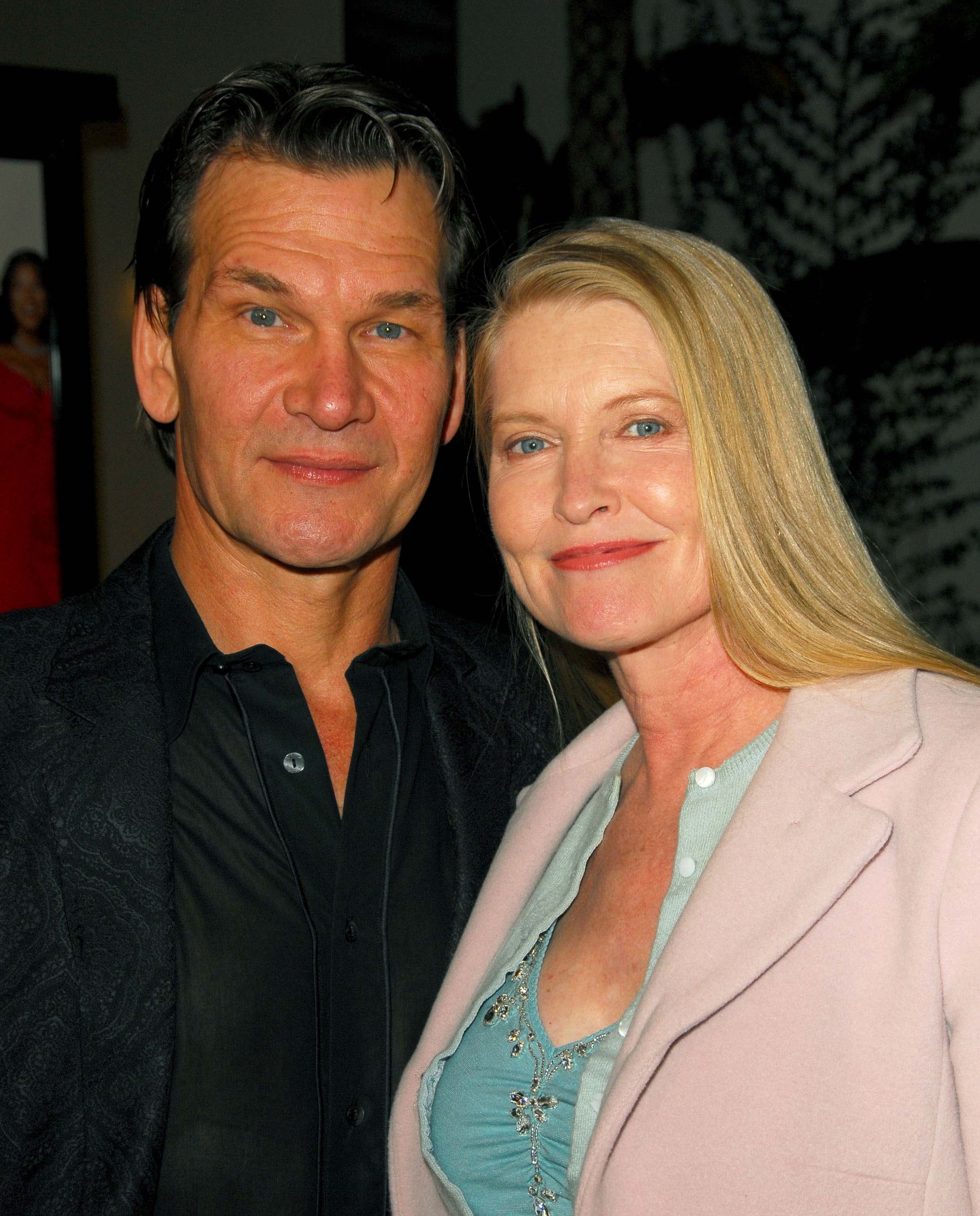 The Hollywood legend, who died from pancreatic cancer at the age of 57, battled constant pain over a knee injury that ended his his ballet career and dreams of becoming a sportsman. And he suffered bouts of depression and alcohol addiction throughout his life.

Now a new documentary, Patrick Swayze: The Demons and the Dance looks at the ups and downs of the Hollywood legend, the tragedies that plagued him and the self-doubt that made him detest his sex symbol status.

Childhood friends, a former agent and film colleagues share their memories of the complex actor in the programme, which airs tonight in Channel 5.

Producer Jerry Zucker, who worked with the star on Ghost, says his inner struggles were behind his most memorable roles.

“There are a lot of actors who are heroes in movies and tough guys, but you don’t care about them in the way that you care about Patrick, and it’s because of his vulnerability, because you can see that insecurity in his eyes,” he says

“You can feel what he’s worrying about, and it’s probably the same thing you’re worrying about. It draws you in and makes you attach to him and root for him in a very, very special way.”

Raised in Texas, Patrick was taught to dance by his mother Patsy, a the talented and driven founder of the Houston Jazz and Ballet Company, who insisted on perfection.

“His mother was constantly telling him ‘You need to be perfect’ and this was the driving force in his entire life,” says pal Frank Whiteley.

His father Don, known as Big Buddy, was a rodeo rider and an amateur boxer who Patrick described in his autobiography as a “gentle cowboy.”

“He was the rock our family was built on,” wrote Patrick. “A steady and stable presence in our lives. In some ways we were nurtured more by my father than by my mother.”

Excelling at ballet and dance in his mother’s class, he was also great at sports and was keen to get a football scholarship until a he suffered a horrific knee injury on the field at 18.

Doctors told him he would never be able to walk ‘normally’ again but, determined to prove them wrong, he threw himself into ballet classes as rehabilitation.

“There were times that you could see that he would do a move and you could just feel that that knee was going to swell up or something,” says friend and choreographer Rick Odums. “Dance hurts.”

Ballet also brought Patrick the love of his life in Lisa Niemi – who he met at the dance class when he was 18 and she was 14. They started dating when she was 16 and married three years later, in 1975.

At 23, his ballet career was just taking off when a horrific infection in the injured knee meant he had to abandon his dreams.

“Leaving the ballet created a void in me that I spent years trying to fill,” he later said.

Devastated, Patrick turned to acting and moved to LA, where he impressed critics and filmgoers with a sexy bare-chested dance routine performed on rollerskates in his first movie Skatetown USA.

The role eventually led to the TV series The Renegades, but just as his career was taking off he suffered heartbreak when his beloved dad died suddenly of a heart attack, in 1982, at the age of 57.

“Everything was suddenly off kilter, the pain I felt seemed bottomless," he wrote.

"I’d never been much of a drinker but one of the first things I did after my dad died was buy a case of his favourite beer, Budweiser.

“I hated the taste but I popped open can after can, trying to get myself drunk, and no matter how much I drank I couldn’t feel anything. So I kept drinking.”

The breakdown was the start of a lifelong battle with booze and depression.

“Somehow he had to find a way to cope with hit, but his way of coping with it became sort of self destructive,” former agent Kate Edwards said.

Patrick’s breakthrough movie role came in Dirty Dancing, which began as a small budget film and exploded into a worldwide hit, taking £200million at the box offie and becoming the most rented video of 1988.

He followed it up with Ghost, starring opposite Demi Moore and Whoopi Goldberg in the blockbuster weepy than won him huge critical acclaim.

But tragedy struck again when he and Lisa suffered a miscarriage in 1990.

“I’d been so excited that day, so thrilled at going to see my baby’s heartbeat, and he was dead,” he says in his autobiography, read by him in the show.

“I couldn’t handle it. When we got to the parking lot Lisa and I both wept bitterly, holding each other tight.

"I grieved like I hadn’t done in years, since my father died. Even now neither of us can talk about that day without tearing up.”

Patrick slid further into depression and alcoholism and, after taking the role in Father Hood, about a crime boss learning to be a dad, he reached crisis point.

He was drinking so heavily that he passed out several times during filming and had to be woken up to carry on.

In the mid 1990s he finally checked into rehab and got the help he needed.

“Father Hood was a low point,” says former PA Rosemary East Hyatt. “I had never seen him like that. We got through it and I was glad that he decided that he needed to go and take care of things.” 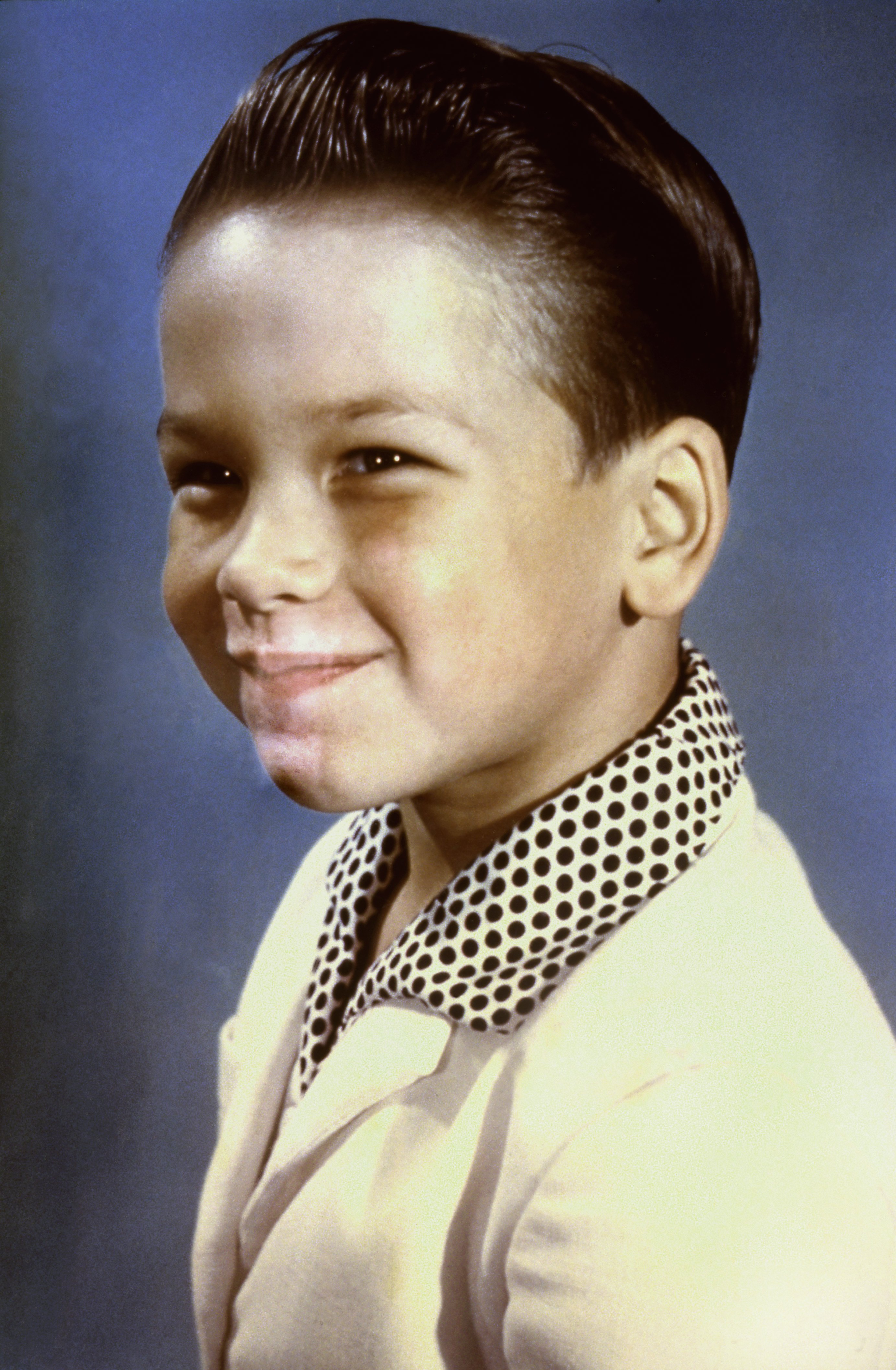 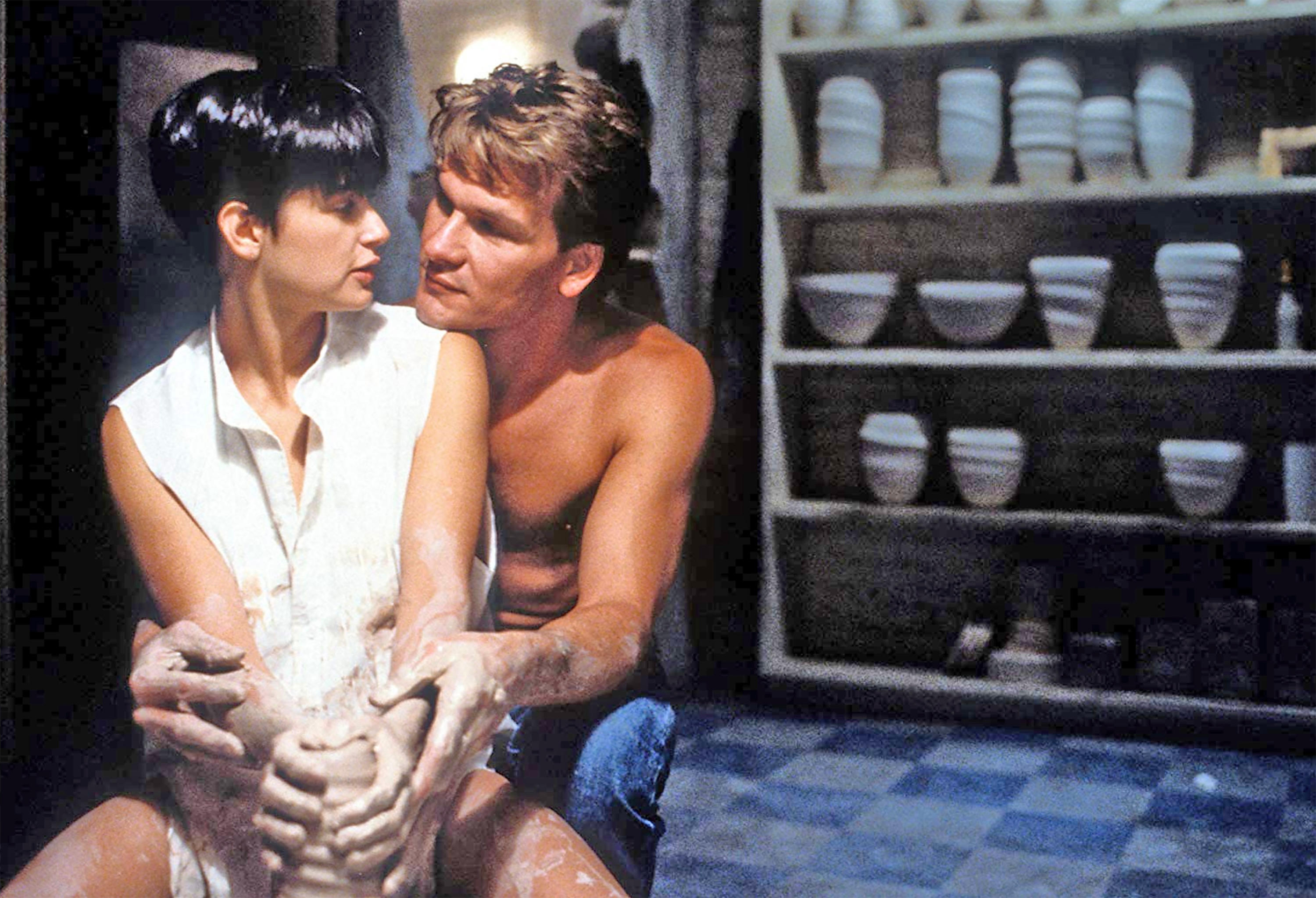 But Patrick’s depression refused to go away. He battled with his sex symbol image, and desperately wanted to be taken seriously as an actor and, in the 1990s, his career began to dwindle.

In 1994, more tragedy struck when his sister Vicky took her own life.

Three years later he was nearly paralysed when he was thrown from a horse, breaking both legs. Once again, he hit the bottle.

“He was fine for months and years, and then all of a sudden something would trigger in his mind and usually the conversation of being a father, wanting a son,” says Frank Whitely. “So there were benders and then there were normal times.”

Despite Patrick’s devotion to Lisa, his torment took its toll and in 2004, the couple briefly separated but a career break, and the purchase of a remote ranch in New Mexico renewed the relationship.

Patrick devoted his time to raising horses – something he had dreamed of doing with his father – and seemed happier in himself.

Sadly, it couldn’t last. In 2008, as he prepared to return to acting in the TV series The Beast, he was diagnosed with pancreatic cancer. He died at the New Mexico ranch, with Lisa by his side, in September 2014.

All his life he had struggled with his self-doubt and need to be more.

“My mother was a perfectionist and she expected the same in her children no matter what we did,” he wrote.

“This was a double edged sword as her pressure implanted in me a burning desire to be the best at everything, but also led to near constant deeply rooted feeling of inadequacy.”

After a lifelong battle with his demons, the struggle was finally over and former PA Rosemary sums up the actor’s turmoil perfectly.

“He was not perfect,” she says. “But what I do know is that he woke up every day wanting to be.”

Patrick Swayze: The Dance and The Demons airs on Channel 5 tonight,at 8.30pm 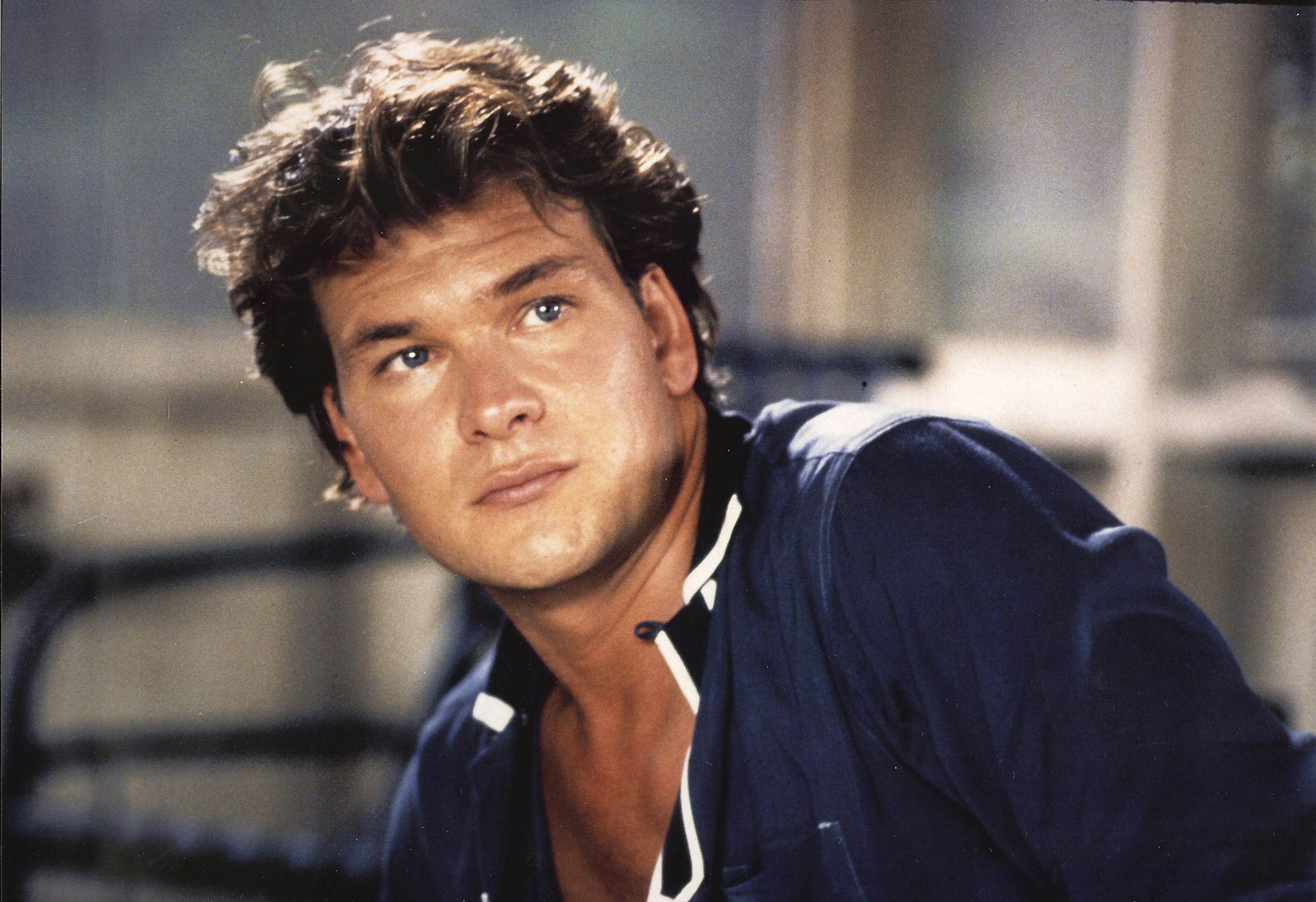 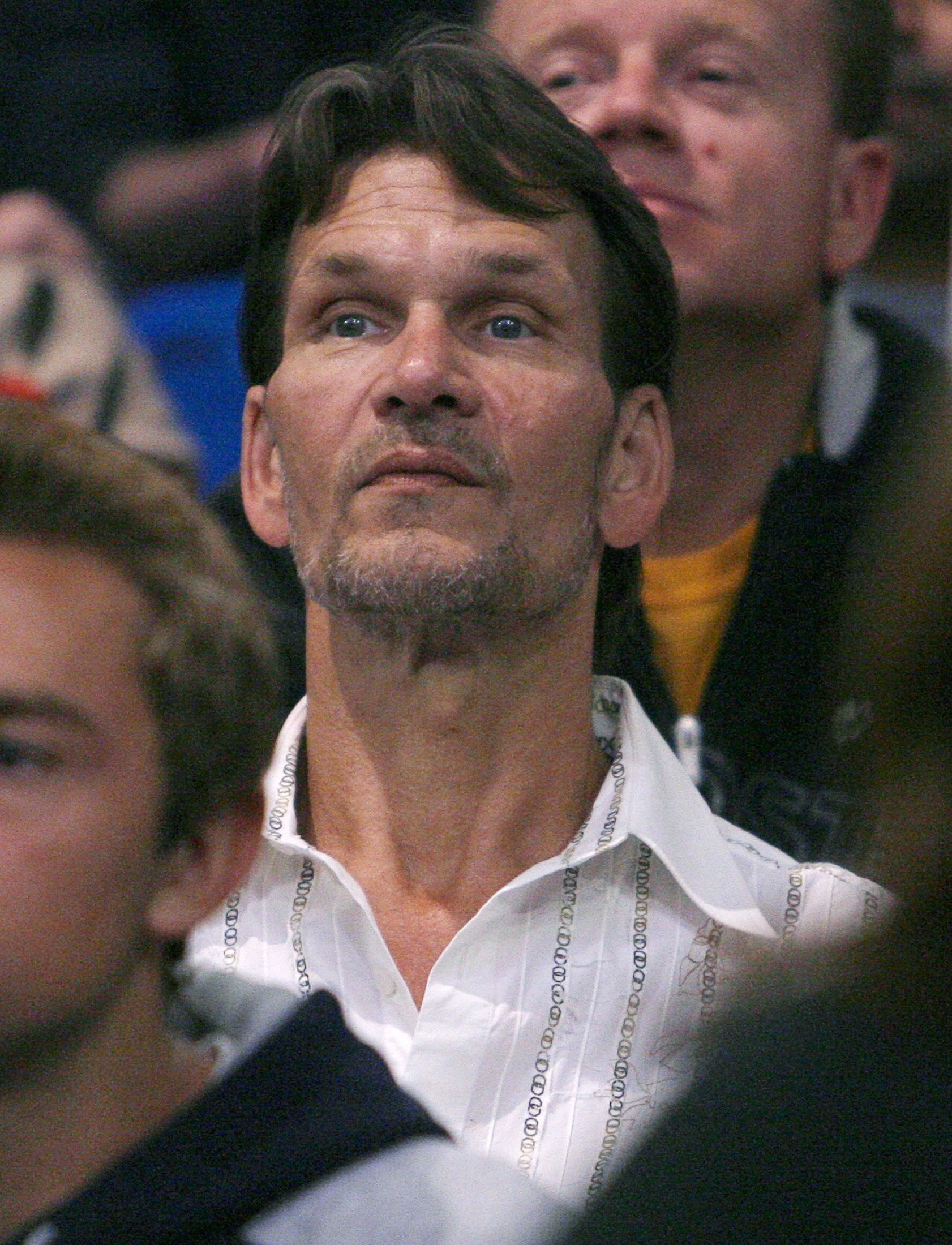 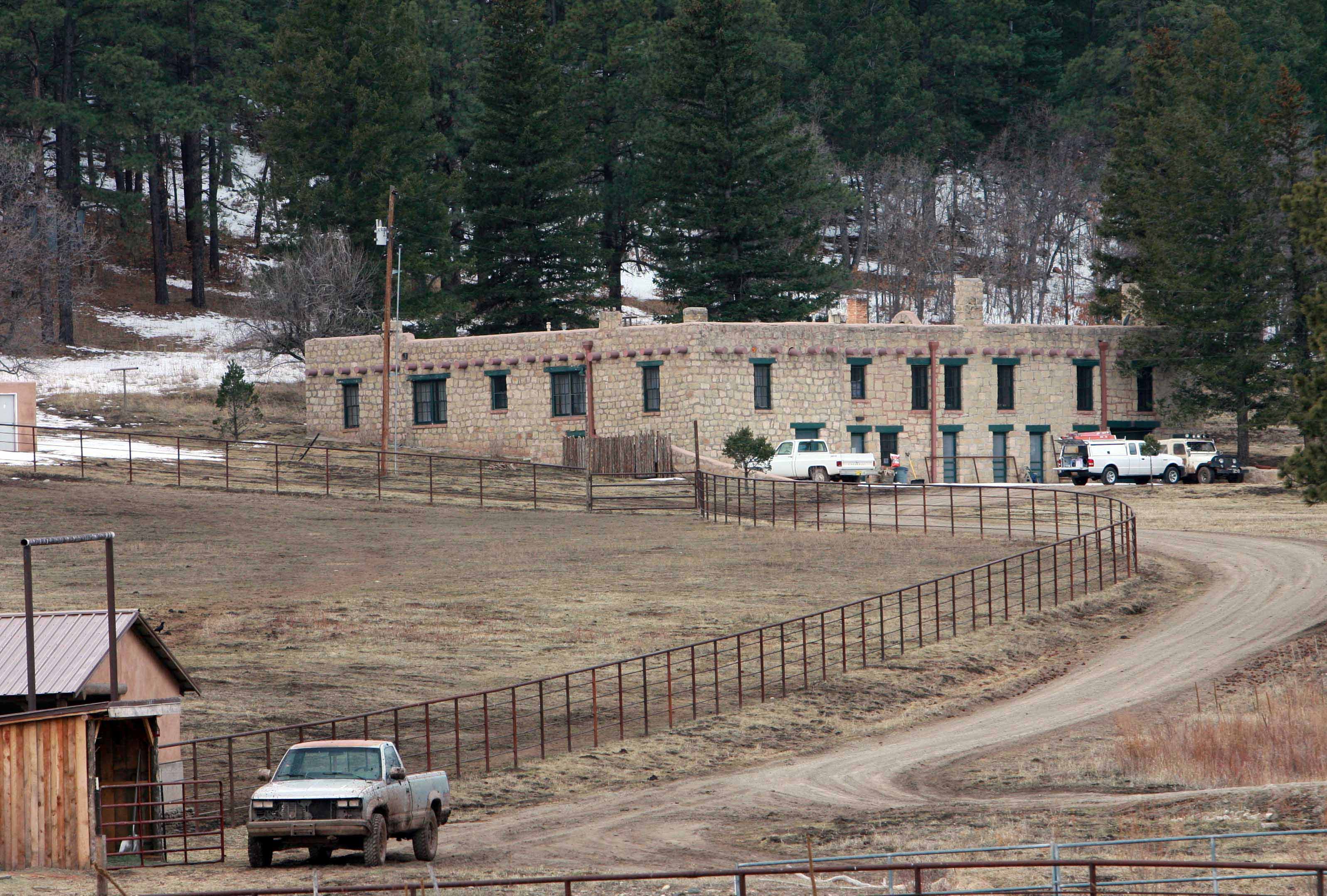