Home » TV & Movies » How old is Heather from Below Deck?

How old is Heather from Below Deck? 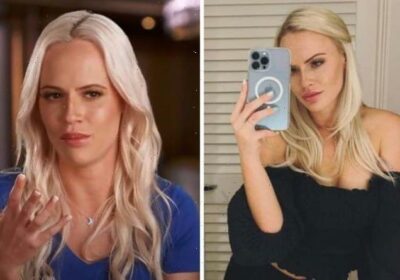 A dramatic look at Below Deck season 9 preview

Below Deck season nine, much like its previous series, welcomes a new team on board to work under the command of Captain Lee Rosbach. While the captain is temporarily away from the Bravo reality show for health reasons, he does make a comeback later on. It’s business as usual though as the new team tries to get to grips with running a first-class operation.

WARNING: This article contains spoilers from Below Deck season 9.

Heather was introduced as the chief stewardess on My Seanna at the start of season nine.

She is the second to take up the position after Kate Chastain and then Francesca Rubi.

Prior to joining the cast of Below Deck, Heather had five years of experience working on yachts.

Heather is also a certified yoga instructor so clearly, she isn’t afraid to try something new when she wants to.

How old is Heather from Below Deck?

Heather may have worked in the yachting industry for quite some time, she has risen through the ranks very early in her career.

Below Deck star, Heather Chase said during the opening episode of series nine that she was 25-years-old.

She is 13 years younger than Kate who was originally in the role of chief stewardess until last year.

Nevertheless, the Below Deck star has had nothing but praise for Heather.

Kate described Heather as a “superstar” to EW earlier this year.

While talking to Hollywood Life, she continued:

Speaking to EW about the new chief stew, Kate said: “I absolutely love her.

“I feel like she is the one that will take the franchise for years to come.

“And I’m looking forward to seeing her show them all how it’s done.”

Heather grew up in Hawaii where most of her family still resides and so goes to and from the island state.

She is said to have a tight-knit family and an especially close bond with her grandparents.

Heather is in a relationship with Kegan Tyler Emms who she met through work.

It isn’t clear how long they have been together for but it is reported that he has served on the same crew as Heather more than once.

In the latest episode of Below Deck, the crew experienced some undesirable behaviour from one of their guests.

Jake Foulger struggled with his new position, while Wes O’Dell and Jessica Albert built on their friendship.

Below Deck will return for episode five on Monday, November 22.

Below Deck season nine airs every Monday on Bravo.