How Much It Costs to Put on the Oscars The biggest night of the year in Hollywood – an extravaganza demanding designer gowns, the distinguished Dolby Theatre, a nominees’ luncheon, and more – runs the Academy a pretty penny on an annual basis. So, just how much does the ceremony cost? 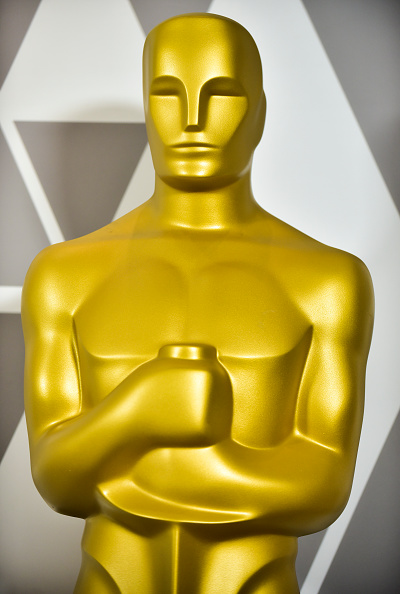 According to The Guardian, the live show cost the Academy approximately $21 million back in 2016. However, this value does not account for the luncheon, the Governor’s Ball, or the Governor’s Awards, which – while helping to build hype – still contribute to the total cost of putting on the Academy Awards.

The nominees’ luncheon runs the Academy approximately $260,000, while the Governors Awards and the Governors Ball (the official title for the Academy Awards’ afterparty) cost about 865,000, and $1.8 million respectively, according to Andrew Pulver, who also breaks down additional expenses including producer fees, red carpet costs, and security in his piece.

The Oscars cost upwards of $40 million to put on

When taking the live show, associated activities, and other (more technical) costs associated with the production itself, the annual Academy Awards cost upwards of $40 million to put on.

However, don’t forget that the Academy isn’t the only party dishing out cash for this event, the nominees have to spend a great deal of money in campaign costs.

What does it cost to campaign for the Oscars?

From PR consultants and advertising fees to commercials and film screenings, campaigning for the Academy Awards is no easy feat. Promoting a movie for the most coveted prize in the entertainment sphere demands experienced marketing experts with widespread industry contacts.

While star power and a devout fan following – think Lady Gaga and Bradley Cooper’s A Star Is Born –  is surely a plus, it does not mean you can do away with a professional promotion team.

According to The Guardian, campaigning for the Oscars will run a film anywhere between $5-$8 million dollars. Unfortunately, this sometimes makes it a bit difficult for films with smaller budgets to competitively campaign against box office smashes; however, they stand a chance for one vital reason.

The Academy Awards is unique – in comparison to other awards ceremonies – in that the voters themselves are entertainment professionals. Peers in the industry are most capable of seeing past the rose-colored perfection a skilled advertiser will create. Since actors vote for actors, directors for directors, etc., qualified candidates are likely to be recognized regardless of how known their films are.

How much is the Oscar statuette worth?

The gold-plated emblem of everlasting success – though holding a great deal of significance to any recipient – is one of the less pricey Academy Awards’ expenses. However, when you multiply the cost of one by the number given out, it adds up pretty quickly.

According to Quora, about 50 academy awards are made each year, and each award costs approximately $900 to make. So, multiplying it out, the little statuettes add roughly $45,000 to the cost of the ceremony.

Now, you’re probably thinking that the cost of an Academy Award doesn’t reflect its worth. However, while any devout fan would be willing to pay much more to own an Oscar, it’s virtually against the rules for recipients to sell them.

While it may be rather expensive to campaign for the Oscars and put on the annual ceremony, the payout is priceless. Most recipients receive a huge boost in their celebrity status, and subsequently, are given free rein to select the roles they are most drawn to. However, in terms of box office increases, a winning film likely only sees an increase of about $3 million, according to The Guardian.