How 'MasterChef Junior' Keeps Its Young Contestants Safe in the Kitchen 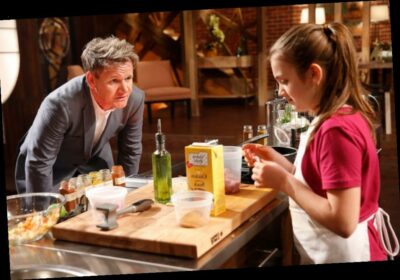 MasterChef Junior is a cooking competition show designed just for children 13 and under. The series, based on the acclaimed MasterChef cooking show, is a firm fan-favorite, and not just for the contributions of the outrageous English host, Gordon Ramsay.

When did ‘MasterChef’ debut on television?

MasterChef is a series that was inspired by the British series of the same name. It first debuted on television in 2010, and has been running on the Fox network ever since. Co-creator Ramsay has played a prominent role in the series, rising to fame as one of pop culture’s most influential and entertaining celebrity chefs.

MasterChef follows a simple premise — a group of talented chefs gather in a Los Angeles soundstage, where they must complete a series of challenges in order to complete the competition. These challenges include the ever-popular skills test, where contestants show off their knowledge of various cooking techniques, and the mystery box, where contestants have to cook with various mismatched ingredients.

At the end of the competition, the finalists compete against each other in a three-course cookoff. The winning chef not only receives the respect and admiration of his or her peers, but an impressive cash prize, as well.

In September 2013, MasterChef Junior debuted on television. The show is very similar the British series Junior MasterChef, with one notable exception — all the contestants are between the ages of eight and 13. All the same challenges from MasterChef have been featured on MasterChef Junior, with young kitchen whiz-kids put to the ultimate test.

At the end of each episode, the contestants must face a panel of celebrity judges, which usually includes a special guest or two — and of course, Ramsay is present throughout each episode, providing encouragement as well as criticism. Fans have remained invested in the series since its debut, and these days, it is still one of the most popular cooking competition shows on the air. It seems likely that MasterChef Junior will be around for many more years.

How do showrunners keep contestants on ‘MasterChef Junior’ safe?

Although the contestants on MasterChef Junior are challenged to step up and do their best, showrunners are always aware of safety precautions, and do what they can to keep everyone safe. According to executive producer Robin Ashbrook, “there was always a chaperone and it was almost always a parent. They were at all times able to see what was going on in the kitchen. All of the parents actually sat together and watched what happened. They really bonded.”

Additionally, Ashbrook revealed that “every one of the rows has a medic right at the end of it that you rarely see. He has his or her eyes on one kid at all time. There’s no such thing as rubber knives and pretend boiling water on this show. If it’s real, it’s real.”

Clearly, showrunners don’t want to take any chances with safety, even though the contestants are working at the speed of light in many cases.