Home » 'How I Met Your Mother': Josh Radnor Believes There's a Deep Reason Why Fans Hate the Finale

'How I Met Your Mother': Josh Radnor Believes There's a Deep Reason Why Fans Hate the Finale 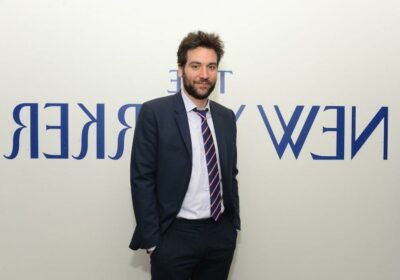 How I Met Your Mother was a beloved TV show that ran for eight seasons from 2005 to 2014. It built up a dedicated fan base with its memorable jokes, creative storytelling, and interesting characters. However, after the series finale aired, fans could not help but show their dislike for it. In fact, HIMYM is known for having an extremely polarizing finale.

Josh Radnor, who played main character Ted Mosby, once shared his reasoning for why fans have such anger over the finale.

What happened during the ‘HIMYM’ finale?

The whole premise of HIMYM is the story of how Ted met the mother of his children. Ted is portrayed as a hopeless romantic who has many failed romances in his 20s and 30s. The series follows his adventure as he learns about life and love.

Viewers did not meet Ted’s wife and titular Mother, Tracy McConnell, until the final episode of season 8. Her character was explored more in season 9, and her life with Ted was recapped in the final two episodes of the series.

Unfortunately, Ted and Tracy do not get their happily ever after. After having two children together, Tracy dies from an undisclosed illness. As Ted finishes up the story of how he met Tracy, his kids realize that he still has feelings for his ex-girlfriend Robin Scherbatsky. The show ends with Ted realizing he is meant to be with Robin, and the two of them get together in the final scene.

Why do fans dislike the finale?

The finale wraps up the long-running story of HIMYM, but many fans were not satisfied.

For example, according to Reddit, some have expressed that the finale was extremely rushed, especially when the rest of season 9 was about a whole weekend dragged out over the course of over 20 episodes.

Others also have problem with the development of some characters and some stories on the show. These fans feel as if the finale did not do them justice and simply discarded any growth that happened in the past several seasons.

Additionally, there are complaints that it was not fair for Tracy to be killed off quickly after years of building up for Ted meeting her.

Josh Radnor explains why he thinks fans were upset

Some actors have addressed the heated topic of the HIMYM finale, including Radnor himself. On Bob Saget’s podcast Bob Saget’s Here For You, Radnor was asked for his thought about the finale. He likened fans’ reactions to grief.

“Anger is an easier emotion than grief,” Radnor said. “People were more comfortable being angry than sad. They were sad their favorite show was ending and they were sad it didn’t end the way they wanted it to. Rather than sit with the feelings of sadness or loss—which is what [creators] Carter [Bays] and Craig [Thomas] were asking people to sit with… not everyone was up for that.”

He also believes that the HIMYM ending is something people won’t accept right away but will look back on and find more meaning in.

“I think [we should] give it some more time,” he said. “It doesn’t feel like [the finale has] dimmed enthusiasm for the show at all. In fact, I feel like show is, more globally, kind of in the zeitgeist than it’s ever been.”