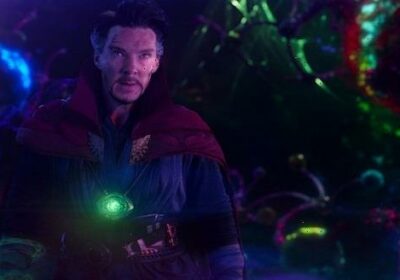 Derrickson teased the new project on Twitter today with a screenshot from Tjahjanto’s Instagram. The teaser image featured a very intentionally placed skull emoji censoring out part of the film’s official title and a snake emoji blocking out the end of a year referenced for a title card. Of course, film fans are doing what they do best, and Derrickson’s replies are now a speculatory frenzy of excitement.

This announcement marks the sixth collaboration between Derrickson and Cargill, but the introduction of Timo Tjahjanto makes the evocative title page description all the more intriguing: a future world filled with crime and violence but a unified continent of Asia. For the uninitiated, Tjahjanto’s films are a masterclass in cinematic brutality.

Who is Timo Tjahjanto?

Mainstream audiences likely had their first introduction to Tjahjanto with his standout short films “L is for Libido” in The ABCs of Death and the horrific “Safe Haven” as part of V/H/S/2, both shorts almost universally agreed upon as some of the strongest entries in each anthology. However, fans of Asian cinema are likely familiar with Tjahjanto’s rich career as both an independent filmmaker and as part of the Mo Brothers with longtime collaborator Kimo Stamboel.

Fortunately, thanks to Netflix’s continued deliverance of popular Asian cinema, Tjahjanto’s films May The Devil Take You, The Night Comes For Us, and Headshot have become some of the most popular foreign offerings on the site. Just last February, Tjahjanto was announced as the director for the upcoming remake of Train to Busan, produced by James Wan and, while no one on the planet was looking for a remake of a pretty dang close to perfect film, if anyone can do it, it’s Timo Tjahjanto.

The combination of Derrickson, Cargill, and Tjahjanto is a dream team of horror creativity, and this announcement is exciting, even though a legion of horror fans are now going to spend the entire weekend turning into Charlie Day’s “Pepe Silvia” It’s Always Sunny in Philadelphia meme. As of publication, no one has been able to correctly guess the title of the film, so if you think you’re the one to crack the code, Derrickson has promised he will privately message whoever figures it out.

Regardless of the outcome, audiences are the true winners today.