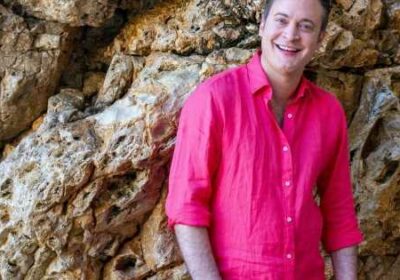 Preceding that will be a Hollyoaks wedding as Nancy and Darren Osborne (Ashley Taylor Dawson) tie the knot in touching scenes, as they are serenaded by a surprise guest – the one and only, Chesney Hawkes.

There will also be a second shock exit during the two-hour feature, which will see a beloved Hollyoaks resident make a life-changing decision.

Due to schedule changes Channel 4 will be airing two consecutive episodes of Hollyoaks from 6pm to 7pm on June 6 immediately followed by an hour-long special episode on E4 from 7pm to 8pm.

A spokesperson for the soap said: "With a rollercoaster of twists and turns, jam-packed with comedic, touching, and heartbreaking moments, the episodes are not ones to be missed."

Luke was diagnosed with frontotemporal dementia in December 2019 and his condition has started to deteriorate in recent months.

Opening up about his exit, actor Gary, who has played Luke on and off since 1999, told The Sun: "Young person dementia has never been shown on British TV before and sadly, like so many others, dementia is an illness that has touched my family.

"My nan was diagnosed with dementia back when I was doing Dancing on Ice in 2010 and it's absolutely horrendous.

"It really is such an awful disease. I always knew it was going to mean that Luke would die, but it's been hard saying goodbye, really hard.

"Every time I was doing a scene with someone we'd realise that it would be our last one together and I was in absolute bits."

Hollyoaks now streams first on All 4 with new episodes dropping each weekday morning and the show airs Mondays to Fridays at 6.30pm on Channel 4 and at 7pm on E4