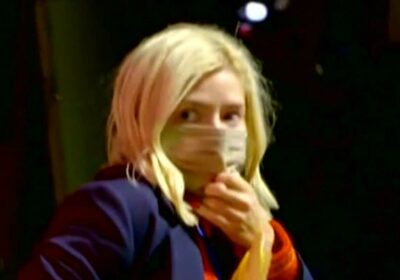 HOLLY Willoughby screamed in terror as she fell foul of a spooky Halloween prank on her way to work today.

The This Morning host, 40, was preparing to round off her four days on the ITV show as she entered the London studios. 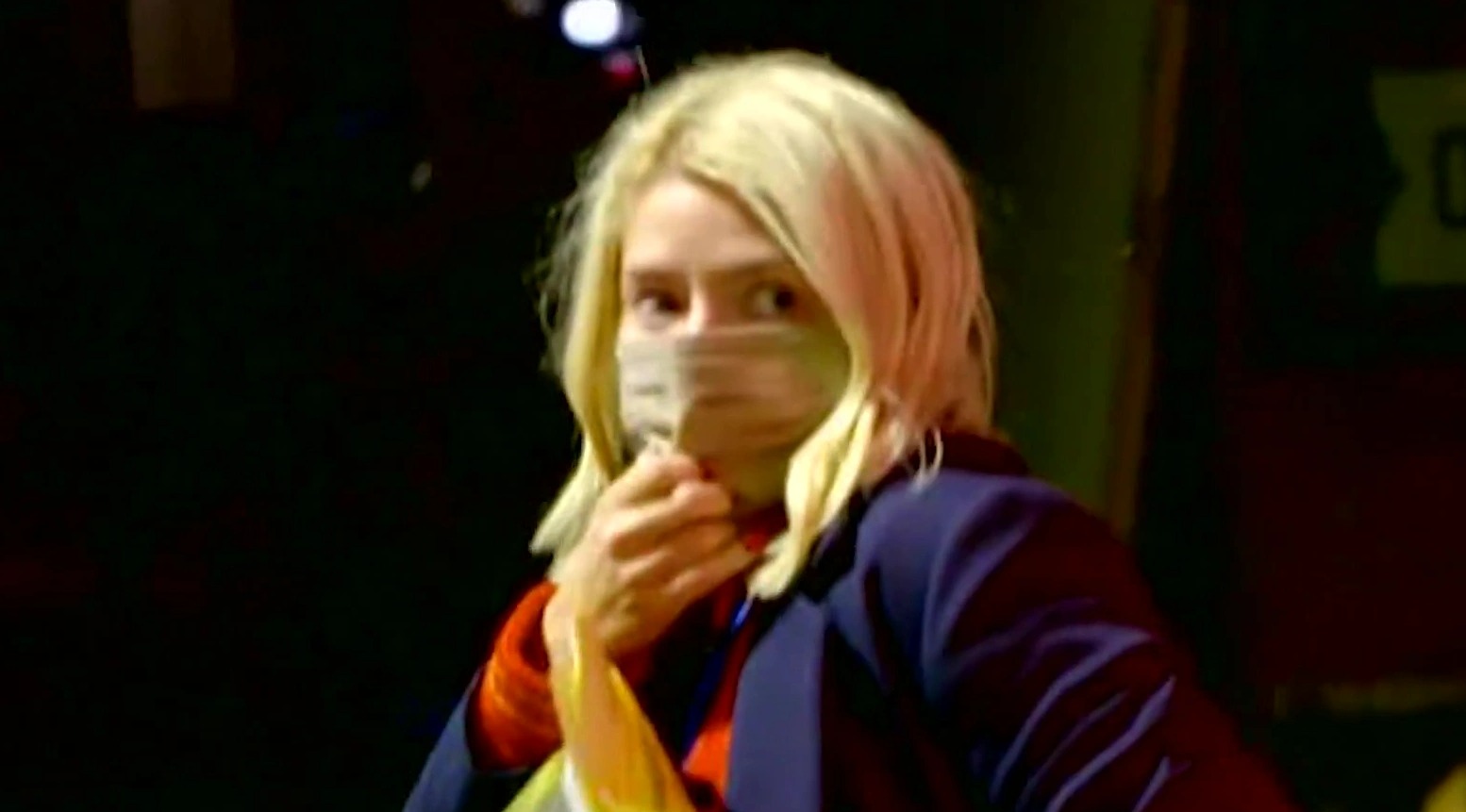 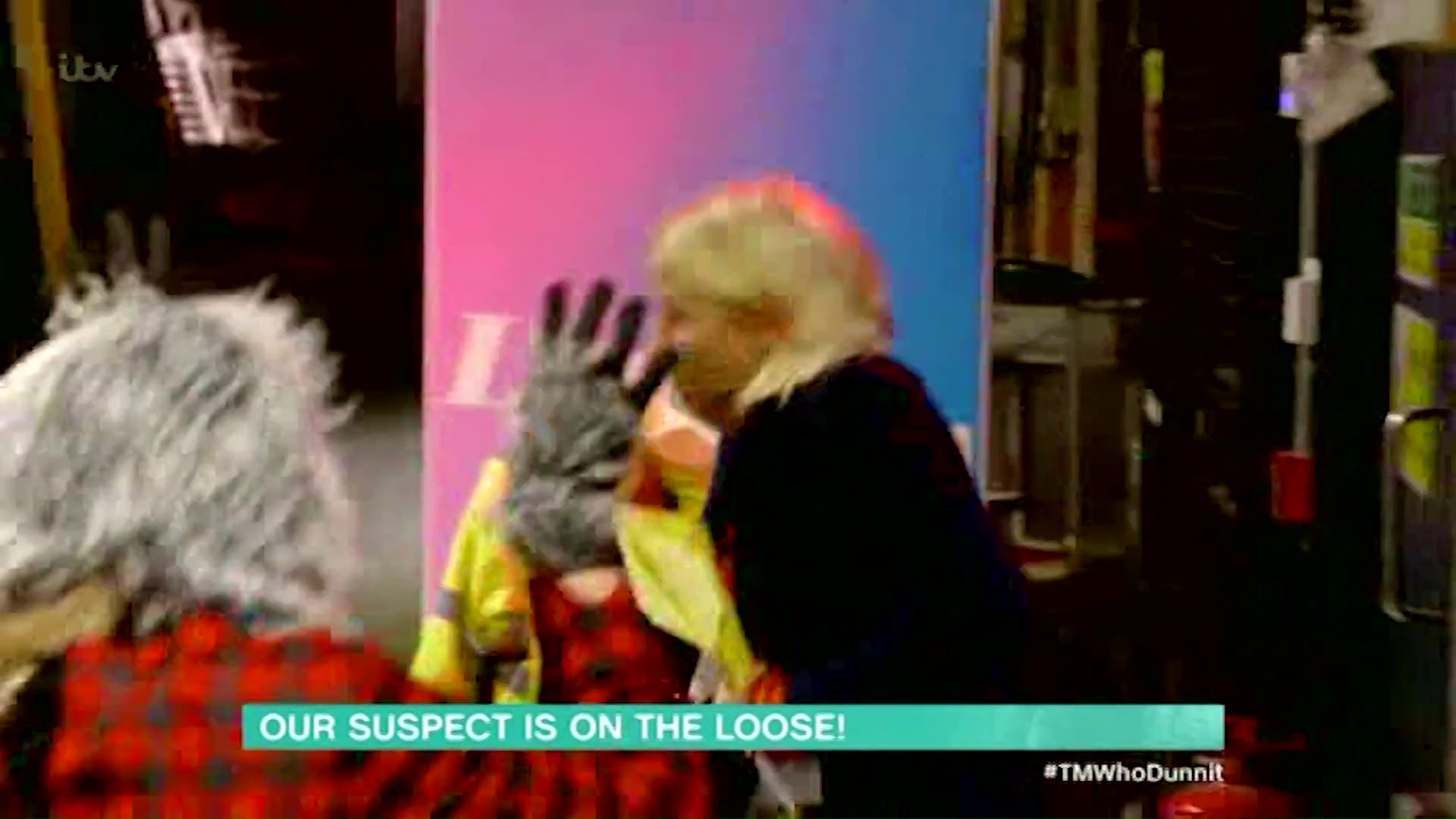 After passing a giant blue box, she squealed in terror as a werewolf emerged.

Holly, who wore denim jeans, a dark coat and an orange jumper, thankfully had her face mask to conceal any expletives as she ran away from the furry figure.

The mum of three's co-host, Phillip Schofield, 59, was equally spooked as the creature popped out, but managed to utter: "Morning heart attack done, thank you for that!”

Yet the Loose Women panel were much more loose-lipped when it came to their reactions.

Bubbly Brenda Edwards almost tripped up and fell backwards before she blurted out: "What the f***?! Oh ****, you cow!”

Host Christine Lampard then jumped and screamed: “Oh that is not funny!”

Who Dares Wins host Ant Middleton was completely unphased and simply told the demon: "You don't scare me."

The scare-fest came just hours after The Sun Online exclusively revealed the show would be staging a Cluedo murder mystery in its Halloween special.

Holly, who teased her Miss Scarlett costume earlier this week, geared up for the nation's biggest whodunnit.

Viewers witnessed Holly, Phillip and other members of the This Morning daytime family take on different Cluedo characters within their new This Morning mansion studio.

Holly previously revealed her favourite trick or treat looks over the years.

"I've loved my costumes on This Morning over the years. Being Dorothy from The Wizard of Oz and getting to wear ruby slippers was fun, and what girl doesn't love unicorns? That was a brilliant costume, too," Holly said.

She even joked that she'd be tuning in at home to solve the mystery if she wasn't in it herself.

"I'm so excited that the Halloween celebrations are back on This Morning this year," she continued.

"Cluedo is such a genius theme – it's a family favourite in our house and it'll certainly be a first in This Morning's history that we'll open the show with a murder!

The Dancing on Ice host then admitted that she gets spooked easily and is grateful that she's never experienced any ghostly encounters.

She added: "For me, Halloween is not about anything scary, it's all about trick or treating with the kids, fancy dress, apple bobbing, carving pumpkins and filling my house with fun stuff… that's my Halloween style.

"But have I ever experienced or seen a ghost? I don't think so – I mean many will know that I get scared quite easily, so aside from the pranks pulled on me during the show to make me jump over the years I don't think I've witnessed anything else!" 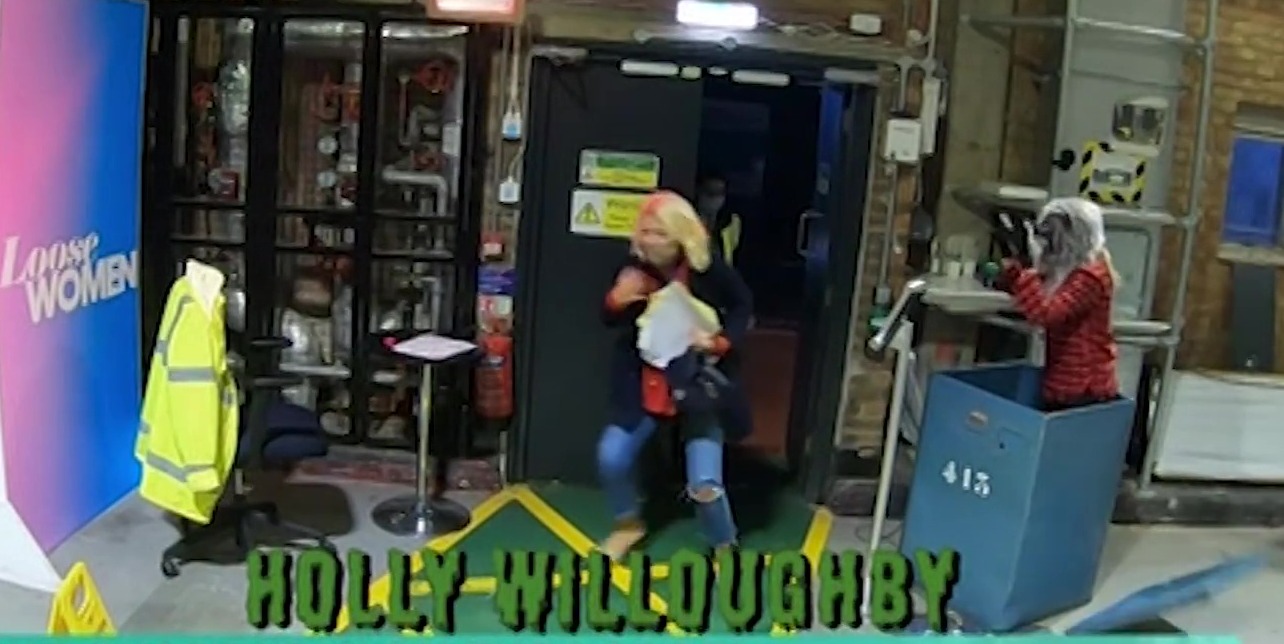 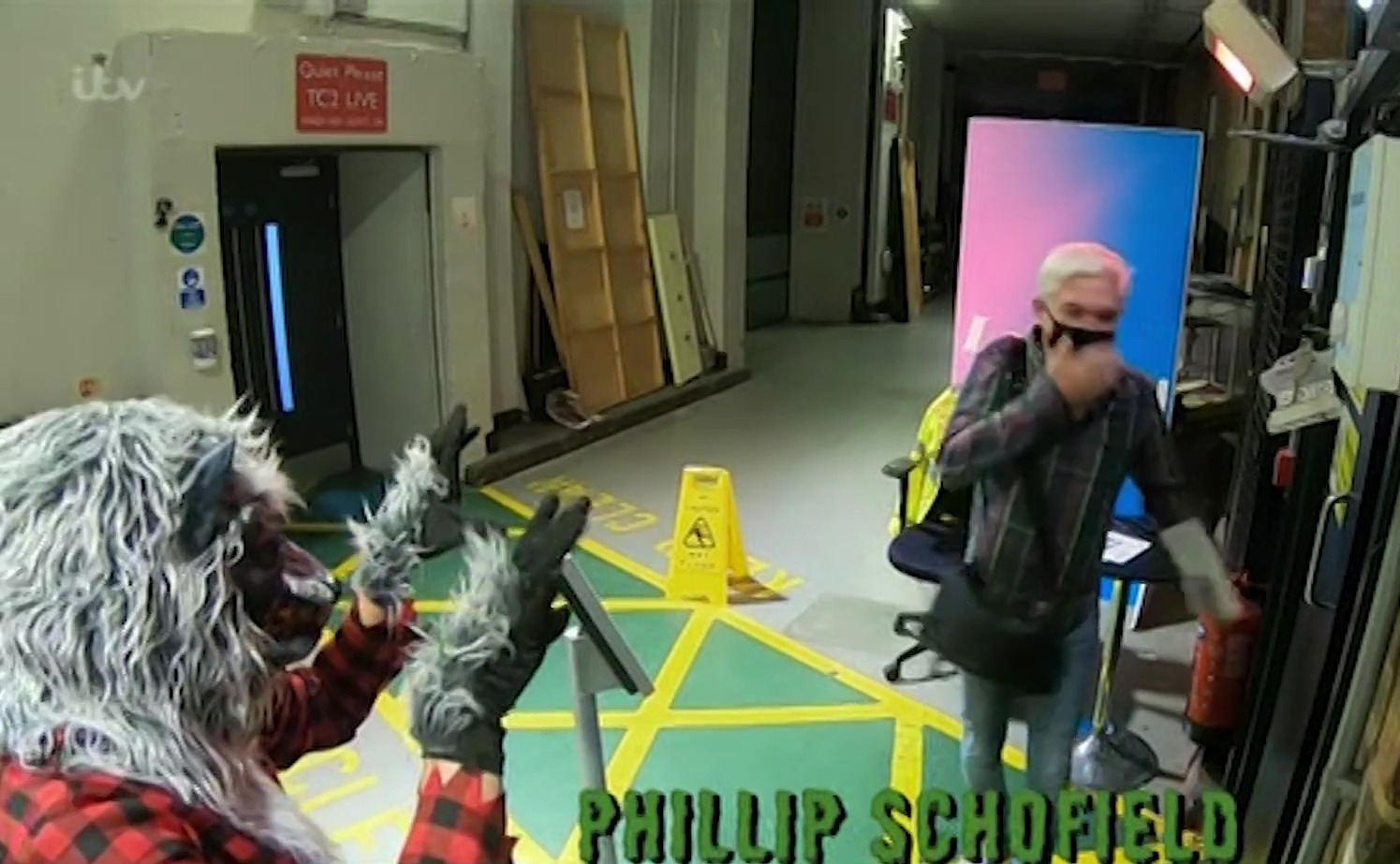 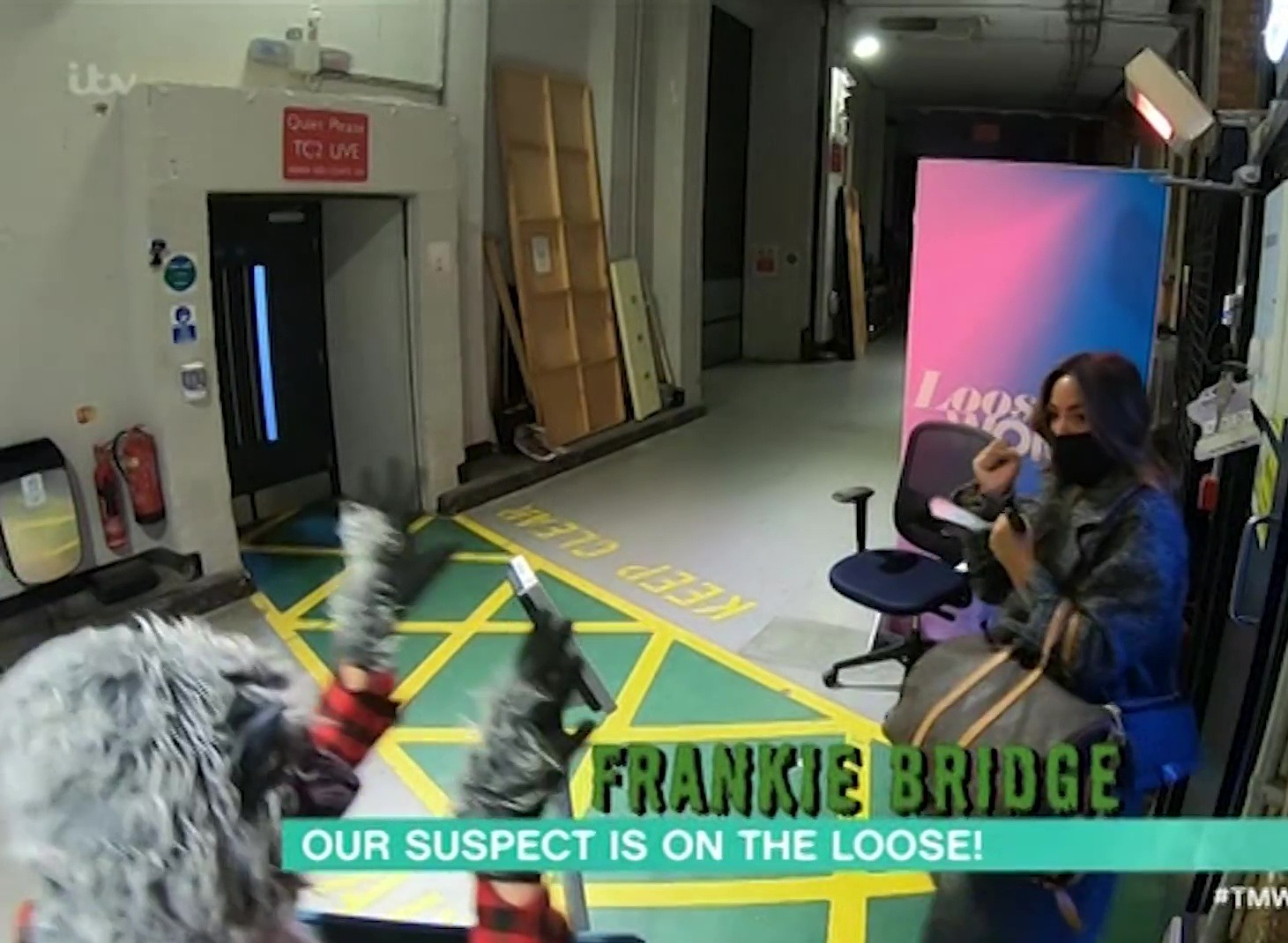