THIS Morning's Phillip Schofield could not stop laughing at his co-host Holly Willoughby as she was caught by surprise on live TV.

The pair opened today's show with Holly in a panic after Lorraine Kelly's live-cross to the team. 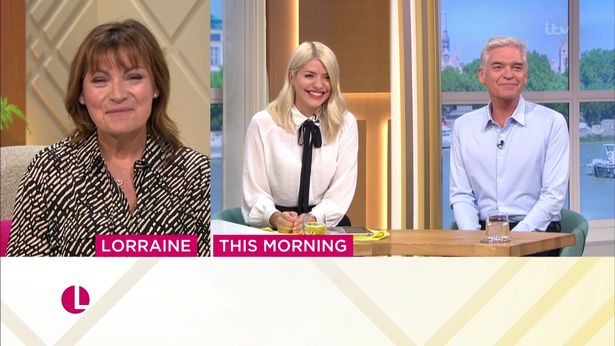 Holly, 39, could be seen fumbling with her scripts and notes on her desk after being "caught by surprise".

While she managed to regain her composure to complete the cross, the hosts joked about the blunder in the opening minutes of This Morning.

Phillip said to Holly: "Didn't catch you surprise that time then?"

The hosts appeared to be sitting closer together despite social distancing regulations, but they revealed it was a trick of the camera. 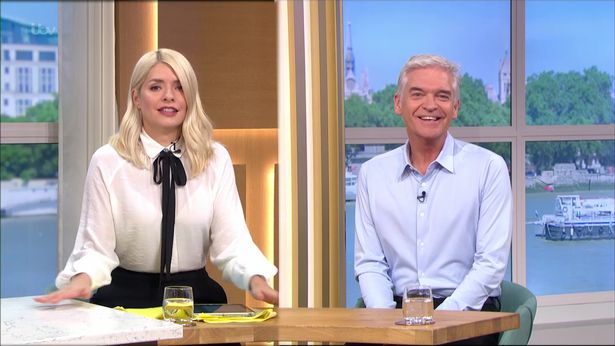 Holly explained: "I know, Lorraine totally caught me by surprise – we've got our new seating arrangement here so if I like this, my hand disappears.

"My scripts are, I'm a complete mess and Phil's very tidy and neat, and my scripts look like they're vomited across the table, disappearing into the abyss

"And then Lorraine caught me! I didn't realise I was on, I was literally like 'nothing to see here, look over there!'"

The pair burst into laughter as producers replayed the hilarious moment. 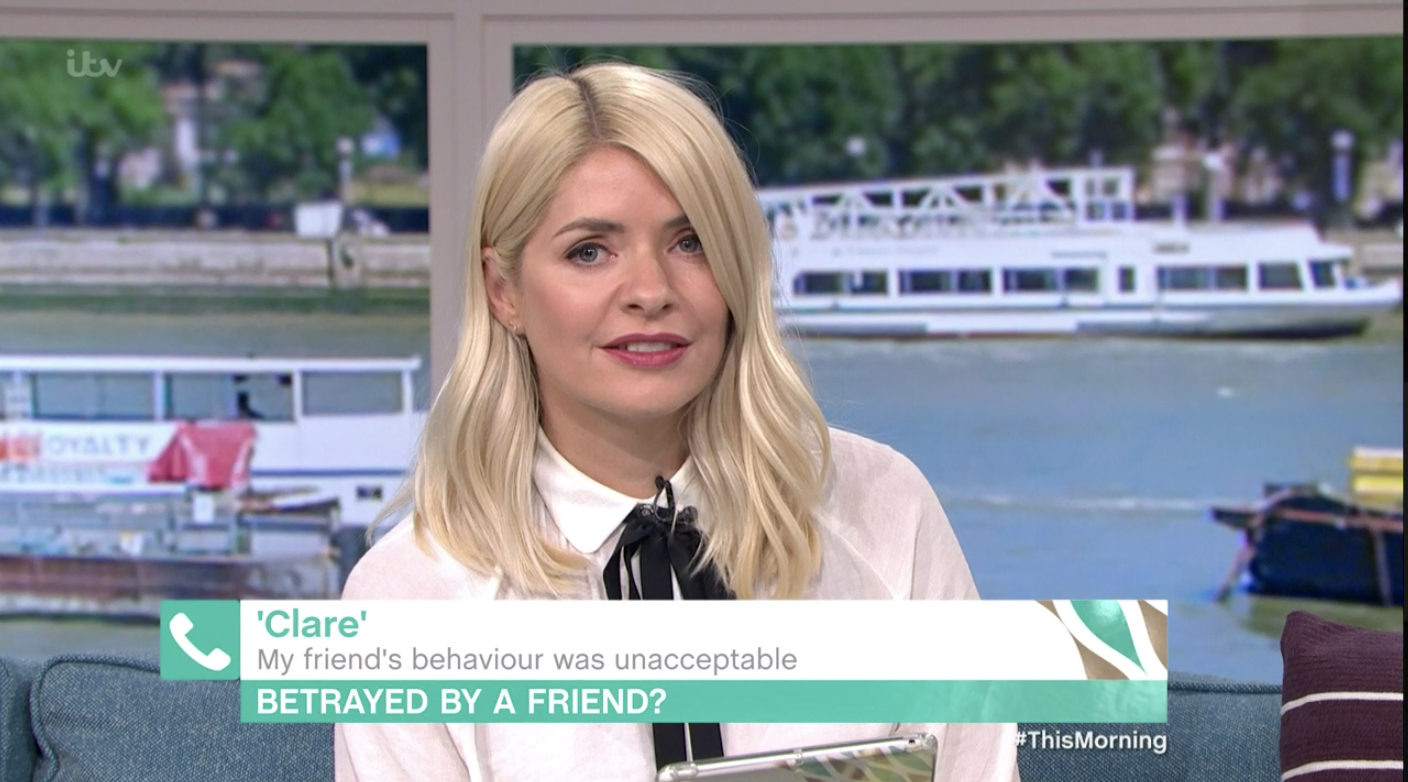 It comes after Holly passed her Celebrity Juice baton to her replacements Emily Atack and Laura Whitmore.

Sharing a screenshot of Keith Lemon's Instagram Story, which showed him filming with Emily and Laura, Holly made her feelings known about the two blondes.

In the picture, Emily and Laura can be seen wearing wellington boots and checked outfits as they pose with their hands on the hips either side of 47-year-old Keith, who fronts the game show. 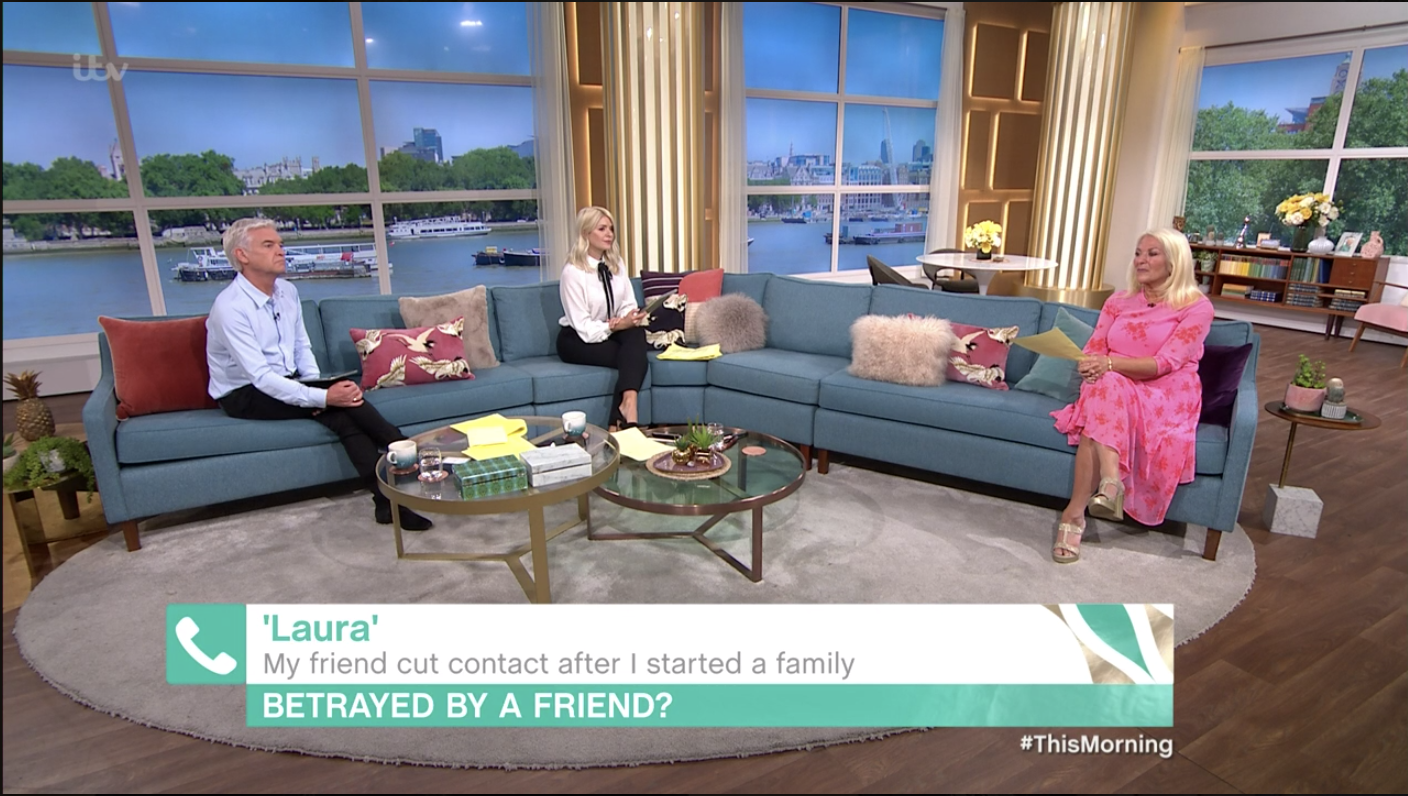 It was announced earlier this month that Laura and Emily would be taking on the roles as Celeb Juice team captains – following Holly's departure.

The mum-of-three announced in May that she was quitting the ITV2 show after 12 years.

Taking to Instagram, Holly posted a montage of photos alongside a touching tribute to over a decade as team captain on the comedy game show, describing it as "fantastic chaos".