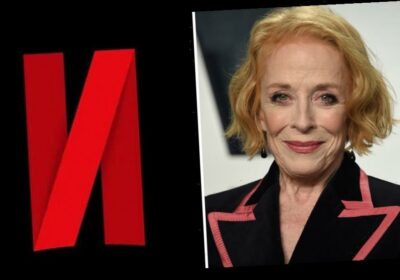 EXCLUSIVE: Emmy winner Holland Taylor is set as a lead opposite Sandra Oh in Netflix’s The Chair, a new six-episode half-hour dramedy starring and executive produced by Killing Eve‘s Oh and co-starring Jay Duplass (Transparent, Outside In). It hails from Amanda Peet (The Romanoffs) and Game of Thrones creators David Benioff and D.B. Weiss.

Written and executive produced by Peet, who also serves as showrunner, The Chair centers on the chair of an English department at a major university. Annie Julia Wyman co-wrote the pilot.

Taylor most recently received her eighth Emmy nomination for Outstanding Supporting Actress for her turn as Ellen Kincaid, the studio executive in Ryan Murphy’s Hollywood. Taylor won an Emmy in 1997, her first nomination, for her memorable role as Judge Roberta Kittleson in The Practice. Among her other nominations were four for her role as Evelyn Harper, the mother in Two and a Half Men. Her most recent film credits include The Stand In, Bill & Ted Face The Music and Bombshell. Taylor is repped by Gersh.