Here’s How Much Anthony Mackie Is Really Worth 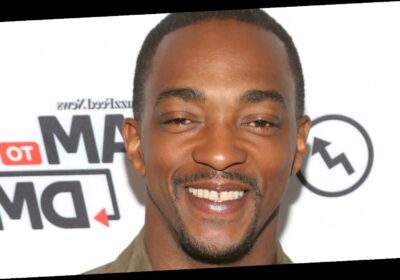 Anthony Mackie has enjoyed a successful acting career over the past two decades — and continues to book himself lead roles.

Mackie kickstarted his acting career by starring in a number of plays, including Carl Hancock Rux’s Talk. He won an 2002 Obie Award for his role in the show, per Black Men’s Dossier. That same year, he made his big-screen debut as Papa Doc in Eminem’s hit movie 8 Mile, which was the start of big things. Mackie has since continued to star in a number of high-profile films, such as Million Dollar Baby, Eagle Eye, The Hurt Locker (which scored him numerous award nominations), and a number of the Avengers movies as The Falcon (as well as Ant-Man).

In 2021, Mackie’s career shows no signs of slowing down. He played the role of Leo in Netflix’s action film Outside the Wire and will reprise the character of Avenger Sam Wilson/The Falcon in the television miniseries The Falcon and the Winter Soldier, which is scheduled to premiere on Disney+ on March 19, 2021, per Screen Rant.

With an impressive CV that continues to grow, many must wonder how much Mackie is actually worth.

Anthony Mackie is worth a pretty penny

Anthony Mackie’s hard work throughout the years has clearly paid off. Not only is he still booking major lead roles, but he is also a millionaire worth seven figures. As of 2021, he is worth an impressive $8 million, according to Celebrity Net Worth.

As reported by Men’s Health, Mackie earned himself a tidy sum of $100,000 for appearing as The Falcon in Avengers: Age of Ultron. According to IGN, he didn’t feature too much in the movie, so it’s still a respectable figure. The Richest noted that Mackie made $475,000 per episode when playing the role of Takeshi Kovacs in Netflix’s Altered Carbon, making his salary a whopping $3.8 million for the season, per Men’s Health.