Henry Cavill Suffers Injury During 'The Witcher' Filming, but Production Will Continue 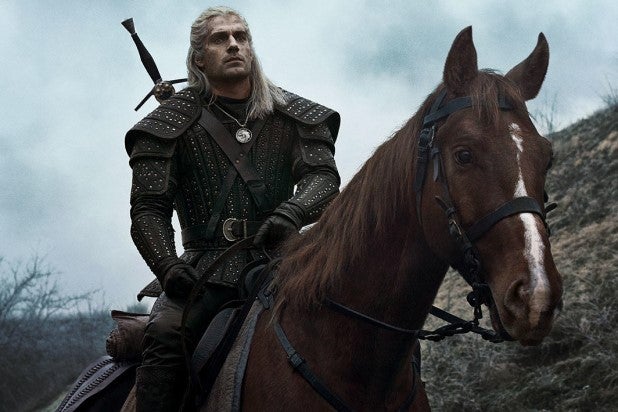 Henry Cavill has suffered a minor leg injury during filming of the second season of “The Witcher,” but sources say that filming will continue while the “Justice League” star recovers.

Cavill, who stars on “The Witcher” as traveling witcher Geralt of Rivia, sustained the injury while strapped into a harness and performing on an assault course, according to The Sun. The injury was reportedly minor enough that production is continuing with scenes not involving Cavill. Production has already been paused twice this year due to COVID-19 outbreaks, including a positive case by one of Cavill’s co-stars, Kristofer Hivju.

Based on the Andrezj Sapkowski book series of the same name, “The Witcher” is set in a fictional kingdom known as The Continent and follows three heroes linked by destiny: Geralt of Rivia, a monster hunter mutated by magic, Ciri, a warrior princess who joins Geralt in his travels, and Yennefer, a sorceress with elf ancestry. Due to the production delays, an official release date for “The Witcher” season 2 has not been released by Netflix, though the show is set for release sometime next year. Cavill is also set to appear in Zack Snyder’s “Justice League,” which will be released on HBO Max next spring with new scenes shot specifically for the new version of the 2017 DC film.