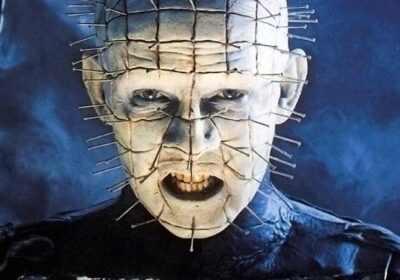 The Hellraiser remake has been summoned by Hulu. The streaming service just scooped up the Spyglass Media pic, which will be helmed by The Night House director David Bruckner. The film will be yet another adaptation of Clive Barker’s The Hellbound Heart, which Barker adapted himself into the 1987 film Hellraiser. The story involves Cenobites, demonic S&M lovers who can be summoned to our world via a puzzle box known as the Lemarchand Configuration.

Bloody Disgusting has the scoop that the Hellraiser remake from Spyglass Media is headed to Hulu. There’s been plenty of talk about a Hellraiser remake/reboot over the years. In 2019, it was revealed that David S. Goyer was involved with a remake. By 2020, we learned that David Bruckner, who directed the Netflix film The Ritual as well as the upcoming The Night House, would be helming. It’s unclear at the moment if Goyer is still involved here, but Bruckner is still in the director’s chair, working with a script from his Night House writers Ben Collins and Luke Piotrowski.

Beyond that, we’re still in the dark about this one. Is it going to be a remake that once again tells the same story as the first film? Or will it go in a completely new direction? When Bruckner was first hired, THR reported that his film would be “loyal, yet evolved,” whatever that means. In the original, “Sexual deviant Frank inadvertently opens a portal to hell when he tinkers with a box he bought while abroad. The act unleashes gruesome beings called Cenobites, who tear Frank’s body apart. When Frank’s brother and his wife, Julia, move into Frank’s old house, they accidentally bring what is left of Frank back to life. Frank then convinces Julia, his one-time lover, to lure men back to the house so he can use their blood to reconstruct himself.”

Hulu seems as good a home as any for the film. And, as you might know, Disney owns Hulu, which means we can now start talking about whether or not Pinhead counts as a Disney Princess. The Hulu Hellraiser reboot isn’t the only Hellraiser-related material on the way. There’s also a completely separate Hellraiser TV series headed to HBO Max, with David Gordon Green directing the pilot and several other episodes. Michael Dougherty (Trick ‘r Treat) and Mark Verheiden (Battlestar Galactica) are handling writing duties, and Hellraiser creator Clive Barker is on board to executive produce. We don’t know how much involvement – if any – Barker has with the remake, though. At the very least, I’m sure he’ll get some sort of credit, even if he has nothing to do with the finished product.