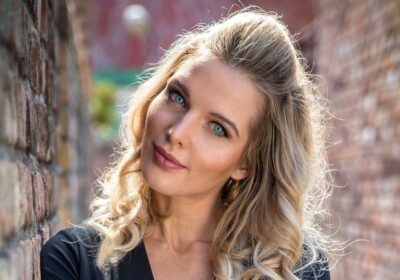 Helen Flanagan is reportedly planning an "epic return" to Coronation Street next year.

The star played Rosie Webster – the daughter of Sally and Kevin Webster – for almost two decades on the ITV soap, after stepping onto the cobbles at the age of 10 years old.

During her time on the soap, her character was embroiled in huge storylines, including being kidnapped by villain John Stape back in 2010.

However, she later quit the soap in 2018 when she welcomed her third child with her then-partner and Bristol Rovers footballer Scott Sinclair.

The news of Helen's return to Coronation Street has now come after the star was reported to have split from finance Scott, with a source telling The Sun that the actress feels now is the right time to return to the soap.

The source said: "Helen's talking about plans to return – not this year, but maybe late next year.

"Bosses have made it clear they'd welcome her back and she sees the soap cast as family."

They added: "What was stopping her before was looking after her kids and Scott's football career – she never knew where he'd sign next or where they'd live.

"But now she's single she's talking a lot about going back to Corrie – she hasn't had any official meetings yet but it's something she's talking about."

However, neither Helen's representatives nor the star have not commented on the news of a possible Coronation Street return as yet.

The news follows Helen's split from long-term partner Scott, who she began dating in 2008, with the couple later becoming engaged in 2018.

However, they recently split after 13 years together, with fans of the Corrie star noticing that Helen had been spotted without her engagement ring.

A source told The Sun that Helen had told those close to her that the pair had separated and that they would continue to co-parent their three kids.

"Helen has removed her engagement ring and told those close to her that she is no longer with Scott. They hit a rough patch in the summer and after she came back from South Africa their relationship ended," the source revealed.

They continued: "Helen and Scott are committed to co-parenting their kids, even if they are no longer a couple."