Heat pump grant slammed as £5,000 allowance a ‘woke welfare scheme for the wealthy’ 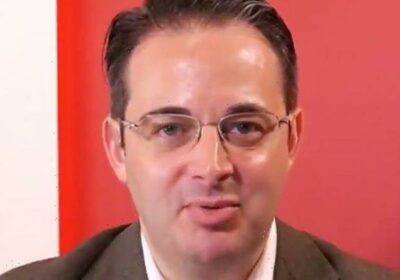 Andy Mayer has slammed Westminster’s £5,000 heat pump grant, saying the way people are going to pay for this scheme is by “putting up gas bills for everyone else”. The slamming came after Boris Johnson confirmed the scheme, offering thousands of Brits access to grants worth £5,000 in order to replace their gas boilers with more eco-friendly heat pumps.

“This is essentially a woke welfare scheme for the wealthy.

“If people want these things they can pay for them already and they are deeply expensive.”

He continued: “The way they’re going to pay for it with this scheme is by putting out gas bills for everybody else.

“And those taxes on your bills will then go to people who would do this anyway because it’s the sort of thing that they can do because they have lots of money.

“So, this is not something that should be happening now.”

He added: “The Government should be trying to decarbonize electricity before even thinking about this.

“And it needs to do that in a way that isn’t going to interfere with the price mechanism.”

Boris Johnson has confirmed £5,000 grants for brits to replace their gas boilers with heat pumps.

Ministers are also preparing to ban the installation of new gas boilers from 2035.

However, it will not cover the full cost of installing a heat pump, and not all homeowners in the country will be able to access the grant.

The Prime Minister said: “Our new grants will help homeowners make the switch sooner, without costing them extra, so that going green is the better choice when their boiler needs an upgrade.”

The scheme is due to go live from April 2022.
Source: Read Full Article