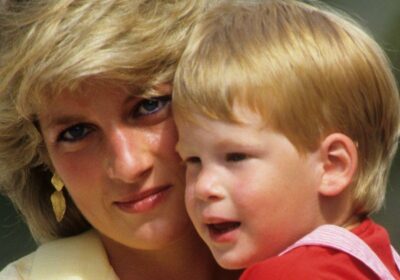 Prince Harry has said that he felt the world grieved more for his mother, Princess Diana, after her passing than he was able to.

He made the revelation while speaking on the Town Hall conversation with Oprah Winfrey in the special bonus episode of their Apple TV+ series, called The Me You Can’t See: The Path Forward.

The episode saw the pair talk to a panel of mental health experts including Zak Williams the son of the late actor Robin Williams, who tragically took his own life in 2014.

Harry spoke to Zak about their shared experience of losing a parent who was in the public eye and watching the world grieve for their parent as if they knew them personally. Harry said to Zak: “We have a lot of shared experience – when you see so many people around the world grieving for someone they feel as though they knew better than you did, in a weird way because you’re unable to grieve yourself.”

“How are you grieving more for someone who is my parent, that I’m unable to grieve myself?” he went on.

In the initial series of the show, the Duke of Sussex opened up on his mental health struggles following the death of his mum, and how he turned to booze and pills to “mask” the pain of her loss.

He revealed that he was encouraged to go to therapy by his wife, Meghan Markle, to deal with his mental health issues.

"But it was meeting and being with Meghan. I knew if I didn't do the therapy and fix myself, that I was going to lose this woman who I could see spending the rest of my life with.”

He added: "When she said, 'I think you need to see someone,' it was in reaction to an argument we had. In that argument, not knowing about it, I reverted back to 12-year-old Harry."

The Me You Can't See: The Path Forward is available to stream via AppleTV+ now