The new King of the Jungle also joked he was planning to sell the sweet treat on a market stall with his wife Sandra as he tucked into the dessert. 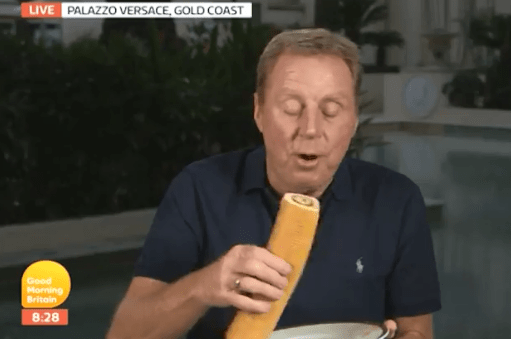 Speaking to Piers Morgan and Kate Garraway via a video stream from Oz, the ex football manager, 71, looked overjoyed as a member of the crew handed him the cake.

Licking the jam from his fingers in anticipation, the I'm a Celebrity star then quipped: "Me and Sandra are gonna open a jam roly poly stall.

Piers then joked: "You'd be a great market stall trader. I can see it now 'Harry's jam roly polys' – ten for a pound!" 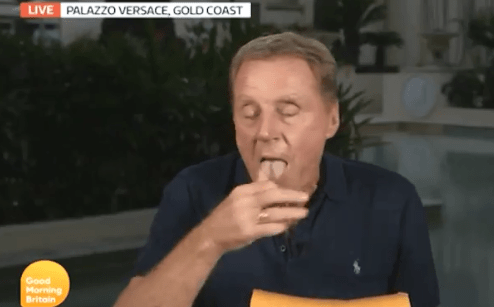 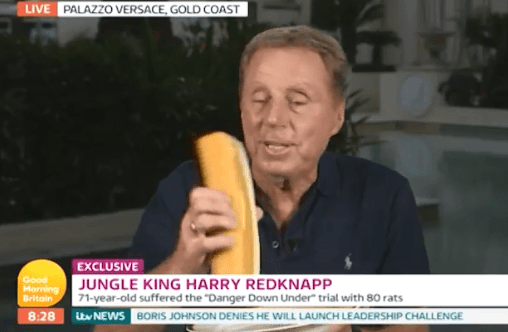 A laughing Harry then responded: "Yeah, roll up, roll up for your roly poly puddings!"

The sports star – who was last night crowned King of the Jungle – left his campmates and viewers alike in stitches by frequently declaring his love for the old school dessert.

He told OK! magazine: "When I last saw him, before the jungle, he ate a sausage sandwich then a jam roly poly and custard before 11.30am!"

The star was able to tuck into the dessert just over a week into his jungle adventure when the celebrity campers were treated to a special feast.

However, viewers were shocked in last night's episode when they discovered Harry had turned his back on the sponge cake for a sticky toffee pudding during the finalists' banquet.

Later reflecting on his choice in the Bush Telegraph, Harry told the camera: "Actually, I don't know why I didn't choose a jam roly poly and custard."