Home » Harry Potter and James Bond Star Paul Ritter Dead at 54: 'We Will Miss Him Greatly'

Harry Potter and James Bond Star Paul Ritter Dead at 54: 'We Will Miss Him Greatly' 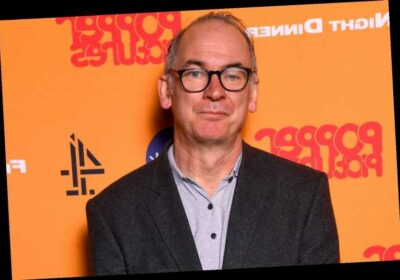 Paul Ritter, whose film and television credits include Harry Potter and the Half-Blood Prince, Friday Night Dinner and the James Bond film Quantum of Solace, has died. He was 54.

The British actor died of a brain tumor, his agent revealed on Tuesday.

"It is with great sadness we can confirm that Paul Ritter passed away last night," his agent said in a statement to The Guardian. "He died peacefully at home with his wife Polly and sons Frank and Noah by his side. He was 54 and had been suffering from a brain tumor."

"Paul was an exceptionally talented actor playing an enormous variety of roles on stage and screen with extraordinary skill. He was fiercely intelligent, kind and very funny. We will miss him greatly," the agent added. Some other notable works that Ritter starred in include HBO's 2019 mini-series Chernobyl and films such as The Libertine and Hannibal Rising.

Later this year, Ritter is set to posthumously appear in the Friday Night Dinner 10th-anniversary retrospective, according to The Guardian.

Alongside his various film and television roles, Ritter also performed as a stage actor, according to Deadline. In 2006, he was nominated for an Olivier award for his performance in Coram Boy and for a Tony award for his role in The Norman Conquests in 2009.

Following the news of his death, many who knew and worked with Ritter paid tribute to him on social media.

"Devastated at this terribly sad news. Paul was a lovely, wonderful human being. Kind, funny, super caring and the greatest actor I ever worked with x," Friday Night Dinner creator Robert Popper tweeted.

"Trying to find a way to talk about Paul Ritter and struggling. My friend since we were students together. So much talent and it shone from him even as a teenager," said Stephen Mangan. "I was so lucky to know him and lucky too to work with him many times over the years. Wonderful man. RIP."

Scottish actor Sanjeev Kohli shared on Twitter: "Paul Ritter was one of the most versatile & brilliant actors that has ever drawn breath. If Paul Ritter was in something, it made it good. This is horrendous news."