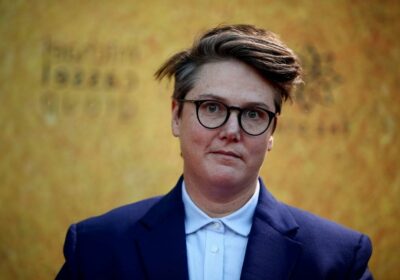 Comedian Hannah Gadsby slammed Netflix CEO Ted Sarandos over the streaming service’s response to the controversy regarding the Dave Chappelle special The Closer.

In a leaked Netflix memo defending Chappelle’s special — which has drawn criticism both from subscribers and Netflix’s own transgender employees — Sarandos cited LGBTQ-friendly titles like Orange Is the New Black, Sex Education, and Gadsby’s comedy specials Nanette and Douglas as evidence that the streaming service is “working hard to ensure marginalized communities aren’t defined by a single story.”

After being referenced in the memo, Gadsby responded on Instagram, “Hey Ted Sarandos! Just a quick note to let you know that I would prefer if you didn’t drag my name into your mess. Now I have to deal with even more of the hate and anger that Dave Chappelle’s fans like to unleash on me every time Dave gets 20 million dollars to process his emotionally stunted partial world view.”

The comedian continued: “You didn’t pay me nearly enough to deal with the real world consequences of the hate speech dog whistling you refuse to acknowledge, Ted. Fuck you and your amoral algorithm cult…. I do shits with more back bone than you. That’s just a joke! I definitely didn’t cross a line because you just told the world there isn’t one.”

On Thursday, it was revealed that some Netflix employees will stage a walkout over the company’s handling of The Closer, which includes jokes comparing trans peoples’ genitals to plant-based meat substitutes, as well as a bit where Chappelle proclaimed himself a TERF (a trans-exclusionary feminist).

In a statement to Rolling Stone regarding the planned October 19th walkout, a Netflix spokesperson said: “Dave Chappelle’s specials are consistently the most-watched comedy specials on Netflix, and have earned many awards, including both an Emmy and a Grammy for Sticks and Stones. We support artistic expression for our creators. We also encourage our employees to disagree openly.”

Gadsby added in the caption of the Instagram post, “Yes I watched the whole thing. Leave me alone “#transisbeautiful #comedyisdead #ikilledit.”