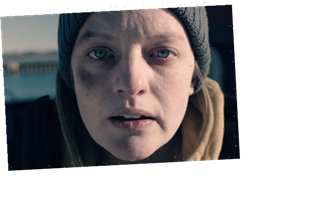 Blessed be the fruit: Hulu has set the premiere date and revealed the first teaser for the long-awaited fourth season of “The Handmaid’s Tale.”

The Elisabeth Moss-led drama will return to the streaming service with three episodes on Wednesday, April 28, Hulu revealed Thursday during its day at the virtual Television Critics Association press tour. The rest of the 10-episode season will roll out weekly on the platform.

In the Season 4 teaser, which you can view via the video above, June (Moss) is no longer an imprisoned handmaid, but a force to be reckoned with as the leader of a rebellion against Gilead. In the final moments of the teaser, we see a group of refugees arriving in Canada — one of whom appears to be June, who says in a voiceover, “My name is June Osbourne. I am a citizen of the United States.”

Per Hulu, “The cultural phenomenon picks up where we left off, with June’s fight for freedom against Gilead. But the risks she takes bring unexpected and dangerous new challenges, and her desire for justice and revenge threaten to consume her and destroy her most cherished relationships.”

Production on Season 4 of Hulu’s No. 1 original series was just getting underway in Canada last March when it was shut down due to the coronavirus pandemic. “The Handmaid’s Tale’s” fourth season was originally expected to premiere in Fall 2020. However, the fourth season got back into production in Canada back in December, just as Hulu announced it had given “The Handmaid’s Tale” an early Season 5 renewal.