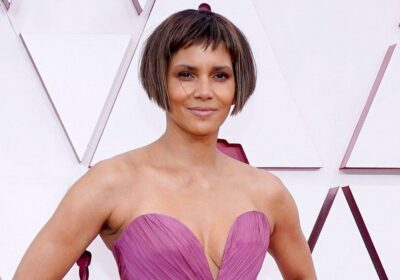 For Halle Berry, the show must go on, even through the pain. The 54-year-old actress, who will celebrate her birthday on Saturday, makes her directorial debut in her upcoming film, Bruised, starring as MMA fighter Jackie Justice, a role that was physically taxing on the Oscar winner.

In an interview with Entertainment Weekly, Berry reveals that she broke two ribs on the first day of filming the action movie, but refused to halt production.

“[It was] kind of a crazy injury,” Bruised stunt coordinator Erin Brown tells EW. “But that was just her intensity. …Halle’s a special case. I’ve worked with tons of actors, and almost none of them have that kind of work ethic.”

This isn’t the first time Berry has suffered an on-set injury. She also fractured her ribs while filming the 2019 action franchise film John Wick: Chapter 3 — Parabellum.

“I told the [John Wick] director about it, they told the insurance. We had to shut down for months and it was a big ordeal,” Berry explains. “On [Bruised], because it was an independent movie, we didn’t have a big budget. The director in me said, ‘I didn’t come this far and work this hard to go home.'”

Jackie Justice was a role originally written for Blake Lively and the movie was initially supposed to be directed by Nick Cassavetes (The Notebook, Alpha Dog, and My Sister’s Keeper). When Berry took over, she had some expectations for the characters.

“It was important to me that we make all the characters fractured and broken,” she notes. “Not making anybody bad or good but all shades of gray, all bruised in their way, and all fighting for their own kind of redemption and their own way of fighting to survive their circumstance.”

As for directing while also playing the lead character, Berry admits, “I thought it was largely enough for one person to do, to take on this challenge of fighting and learning all these martial arts and playing that role. So I didn’t think I would be directing myself in my debut, ever…Initially, I think it did sound crazy to everybody.”