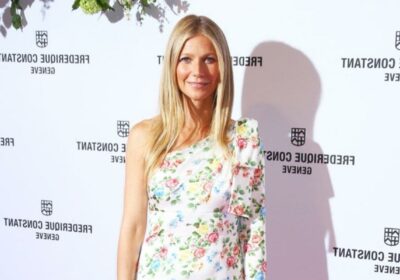 The ‘Shakespeare in Love’ actress is joining the panel of business titans on the upcoming 14th season of the ABC reality show as one of the guest sharks.

Besides Gwyneth – who founded the upscale lifestyle brand GOOP, the other guest sharks include DoorDash founder Tony Xu will also be featured on the lineup, along with previous guest sharks like Emma Grede, co-founder of Kim Kardashian‘s shapewear line Skims, Daniel Lubetzky, the co-creator of Kind, and British import Peter Jones, who appears on the UK edition of the same programme, which goes by the name “Dragon’s Den” on the BBC.

The series is heading into its 14th season with a kick off live episode on September 23.

Recently, the Academy Award winner – who is married to producer Brad Falchuk and has two kids, daughter Apple, 18, and son Moses, 16, with her ex Coldplay frontman Chris Martin – called her ex Ben Affleck‘s recent marriage to his rekindled love, Jennifer Lopez “so romantic.”

During an Instagram question and answering session, Gwyneth gushed about it, writing “Love!!! So romantic!!!” The “Iron Man” star also recently enthused she “found the Brad I was supposed to marry” during a Goop interview to promote her ex Brad Pitt‘s new line of shirts.

Brad – who dated “The Royal Tenenbaums” star for three years until they called off their engagement in 1997 – gushed it was “lovely” to be on such good terms with Gwyneth, adding that “I do love you,” to which she replied “I love you so much.”