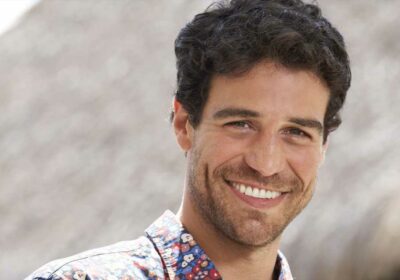 Warning: SPOILERS for this season of Bachelor in Paradise are officially ahead! Turn back now if you’re not into it!

Grocery Store Joe and Serena Pitt are among the cutest couples this season on Bachelor in Paradise, and—as anyone who keeps up with spoilers knows—they fully get engaged. Oh, and it looks like they’re still together! But producers definitely tried their hardest to stir up drama between these two by casting Joe’s ex-girlfriend Kendall Long.

Kendall made a splash last week by showing up on the beach, making a beeline for Joe (who was chilling on a daybed with Serena) and saying “hey butthead.” Which is presumably a nickname she used to call him? Either way, Joe is not hiding his feelings about the moment IRL, because according to fan fave Bachelor Nation account @bachelorettewindmill, he went ahead and liked two tweets calling out Kendall, one of which was “That ‘hey butthead’ line made me wanna cut my eyeballs and ears off.”

TBD on what exactly happens between Joe and Kendall, but we know they don’t end up together. According to Reality Steve’s spoilers, Kendall “had a tough time watching Joe’s relationship and ended up leaving the show. The last person she was involved with was Ivan Hall, who also ended up leaving.”

We also know that Joe and Serena end up engaged and seem to still be together, at least judging from an accidental spoiler from Abigail. Meanwhile, it’s unclear if Kendall is dating anyone post-Paradise, but she was seen hanging with Blake Horstmann so read into that if you feel like it!