'Grey's Anatomy': Sandra Oh Stole This Functional Item From Set as a Memento 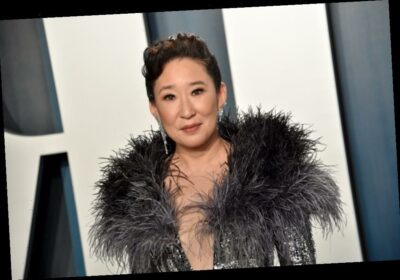 When Sandra Oh appeared in Grey’s Anatomy in 2005, fans immediately felt a pull toward her. Her character Cristina Yang was relatable and had dark humor, which she shared alongside her best friend, Meredith Grey. The two shared a never-seen-before chemistry on set, which was talked about so much.

Oh’s performance as Cristina gained her notoriety and fame and opened more doors for her in the entertainment industry. Oh left the Grey’s Anatomy set in 2014 but didn’t leave empty-handed. The Killing Eve actor left with a functional item, which she says she has in her living room to date.

Having grown up and studied in Canada, Oh dropped out of university with a promise to her parents. The aspiring actor had decided to leave university to pursue acting but promised her reluctant parents that she would go back to study if acting didn’t pan out.

She joined improv groups and starred in stage plays. In 1994 she starred in the film Double Happiness, playing a young Chinese Canadian woman trying to get her parent to agree to her life’s wishes. Critics praised Oh’s performance in the movie. She then appeared in Bean, Long Life, Happiness $ Prosperity, and Big Fat Liar. She also appeared in Judging Amy and Odd Job Jack.

In 2005, Oh joined the cast of Grey’s Anatomy playing medical resident Cristina Yang. Her performance on the show earned her a Golden Globe Award, Screen Actors Guild Award, and was nominated numerously for a Primetime Emmy Award.

Oh’s character Cristina was a resident at Grey Sloan Memorial Hospital with a tumultuous history with relationships. When Cristina was young, she saw her father die in a car accident before getting any help. This, Cristina claimed, was what motivated her to become a doctor and interested in cardiothoracic surgery.

After a sexual encounter with doctor Preston Burke, she got pregnant but scheduled an abortion. However, when the two were in surgery, she felt some pain and dropped in the OR. She got operated on, and doctors found out that one of her fallopian tubes had busted.

Although Cristina tried to reassure everyone by saying that she was fine, she ended up crying hysterically. After the hospital shooting incident, Cristina got severe PTSD and couldn’t operate for some time.

The other doctors tried to get her into the OR to operate, but after Avery accidentally knocked the tool tray over, the loud noise triggered Cristina’s PTSD. Meredith rushed in to comfort her until she was better. Meanwhile, she and Preston were planning their wedding, but he left her standing at the altar.

She soon moved on with Owen Hunt, but their relationship always seemed off. Owen was too controlling and tried to impose children on her even though she didn’t want any. When she got pregnant and had an abortion, he pretended to be OK then yelled at her Infront of their friends. Oh played Cristina for 10 seasons until announcing her departure in 2013. The actor’s last episode aired in May 2014.

Oh stole a rug from the ‘Grey’s Anatomy’ set

When asked about why she left the hit medical series, Oh said that she felt that she had given her all to the character and was ready to let go. Oh said that she struggled with the decision to leave Grey’s Anatomy. She admitted that she had to go for therapy for her to be able to settle on leaving the show after being on it for almost 10 years.

Although Oh stopped playing the dark-humored Cristina, she hasn’t let go of the memories of playing the character. In an interview with People TV, the Killing Eve actor revealed that she stole a rug from the show’s set. The rug was the one in her character Cristina’s apartment. Cristina had the rug while she was married to Owen. Oh said that the prop is still in her living room and she keeps it as a memento.