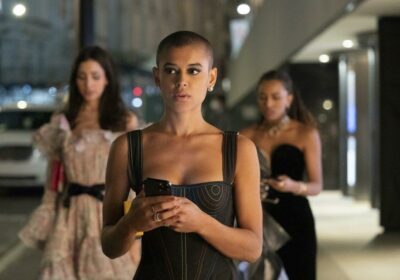 The all-new Gossip Girl reboot just started streaming on HBO Max, and for fans of the original series, it is offering up a whole new world of thrills. The reboot features an exciting young cast of performers, lots of twists and turns, and all the drama that viewers could hope for. In many ways, the reboot is proving to be very different from the original series that inspired it — but as show creator Josh Safran recently revealed to Interview Magazine, that difference was by design. Additionally, the talented writer opened up about some of the things that fans can expect to see in the rebooted series as the weeks go on.

The original ‘Gossip Girl’ is known for lots of teen drama

In 2007, the original Gossip Girl series debuted on television. The series, which starred popular young actors like Blake Lively, Leighton Meester, and Chace Crawford, told the story of a group of privileged Upper East Side students. Their romantic foibles and day-to-day struggles were laid bare, and in many ways, the series ushered in a whole new genre of TV shows that centered on teen drama.

Gossip Girl ran on TV until 2012, earning critical acclaim and millions of fans around the world. The show inspired a media and marketing empire, and for years — fans clamored for more. Still, it wasn’t until 2020 that a reboot of the series for HBO Max was officially greenlit. With the first two episodes of the reboot now streaming, many fans are discovering the twisted world of Gossip Girl for the very first time.

What did Josh Safran say about the tone of the ‘Gossip Girl’ reboot?

Recently, show creator Josh Safran chatted with Interview Magazine about the themes behind the new Gossip Girl reboot. Safran talked about the “change in tone” between the original series and the reboot, admitting that “I think it’s more of a change in time. The original was very soapy, and there was a little bit of a heightened fairytale universe in the original. This one is more grounded and down to earth while also still being “‘twisty.’”

Safran went on to say that “I also think this version is more HBO. When the first one premiered, it was the era of Desperate Housewives and The O.C, which was very ‘rich people have problems too.’ It was a fun thing to watch…I think today, because of Instagram, we see rich people on a daily basis. You can walk into the life of so many people in a way that you couldn’t back then, so I wasn’t interested in “rich people have problems too” anymore.”

What do fans know about the ‘Gossip Girl’ reboot?

The Gossip Girl reboot might have just started streaming, but even after just two episodes, fans can already tell that the series is something special. The show, which stars Eli Brown, Jordan Alexander, Whitney Peak, and Thomas Doherty, does include one significant nod to the original series — and that is the voice of Kristen Bell as the anonymous narrator. The new Gossip Girl also features plenty of scandalous content, which is appropriate, considering it is on HBO Max.

So far, fans don’t know if the series will return for a second season. However, fans are reacting positively to the latest incarnation of Gossip Girl, and as the series progresses, it is likely to gain even more fans. Stay tuned to Showbiz Cheat Sheet for all the latest entertainment news!