The hosts slammed the efforts of set designers and said they'll give the tree behind Susanna away to any viewer who tweeted the funniest "abuse" about their 3ft pine. 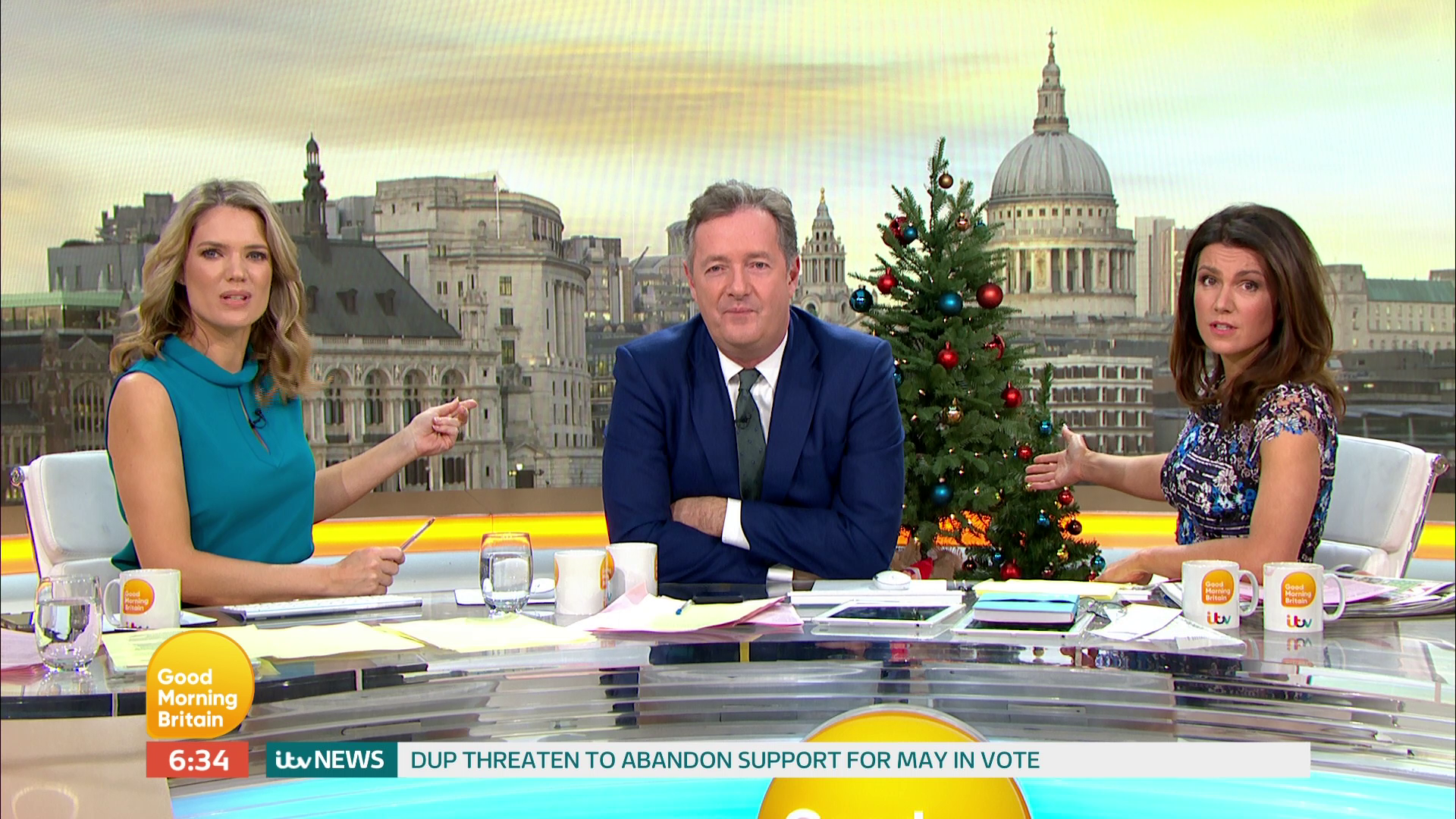 Despite their set being decorated with SEVEN trees, the hosts weren't happy and Susanna cracked up at the "little tiddler" behind her.

Piers, 53, said: "Susanna look at the size of that Christmas tree behind us, the little tiddler.

"It's a disgrace, it's the smallest tree, we're going to get rid of that tree after today."

Susanna, 47, replied: "Just to say I'm rather jealous of the tree beside (weatherman) Alex.

"We've got seven tress. They're all boring. We've put in a complaint!" Fans agreed the little tiddler had to go, as one said on Twitter: "That Christmas tree is like brexit boring and depressing!"

Another asked: "when are you finishing decorating your Christmas tree??? Looks like it’s been robbed"

And one moaned: "Send those sad Christmas trees over to BBC as they don’t have ANY"

As a fourth person said: "Omg what’s happened to the nice tree u usually have? Come on GMB it’s nearly Christmas" Elsewhere, Piers flirted with his co-host as he admitted she looked "amazing" and "fantastic" on the cover of The Sun's Fabulous Magazine over the weekend.

Susanna was forced to stand in front of a wind machine and recreate photos from her shoot, with Piers showering her with compliments. Piers said: "As usual with Susanna's interview, there were some interesting little nuggets.

"(She said about me ) 'I love Piers, and I hate him, and I've never felt that way about anyone.'

"They're great pictures though, fantastic pictures, you may have seen she loves a good wind machine our Susanna."