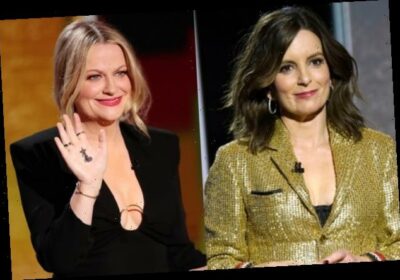 Sunday’s Golden Globes dropped to new lows in both the key demo and total viewers for the awards show since it began airing on NBC in 1996, drawing a 1.5 rating among adults 18-49 and 6.9 million viewers, according to “Live + Same Day” data from Nielsen. That means this year’s show lost nearly two-thirds of last year’s TV audience.

The 78th annual Golden Globe Awards, which were hosted by Tina Fey and Amy Poehler on separate coasts — are down 68% in ratings compared to the prior year’s show, which had settled for the previous all-time low rating among adults 18-49 (a 4.7).

As for the overall audience size, the COVID-era special drew 6.9 million total viewers, down 63% compared to the year-ago show, which was hosted by Ricky Gervais, and tallied 18.376 million viewers, which at that time was the smallest overall audience for the event since 2012.

These Globes outperformed the COVID-impacted Emmy Awards (Sept. 20, 2020), but the Golden Globes usually destroy the Emmys. That was not really this case this year — especially in terms of total viewers, where the advantage was *just* 8%.

Readers can see the typical gap between the Oscars, Grammys, Globes and Emmys here. The Emmy Awards, which air in the fall, have historically lagged well-behind the other major celebrations of film, TV and music.

This year’s Golden Globes aired amid increasing criticism of the Hollywood Foreign Press Association, the organization behind the awards show, recent reports by the Los Angeles Times and New York Times revealing that the 87-member group doesn’t have a single Black member. The Time’s Up organization joined in the outcry Friday, launching a #TimesUpGlobes protest campaign over the lack of diversity, with Hollywood bigwigs like Ava DuVernay, Shonda Rhimes, Sterling K. Brown and Judd Apatow supporting the effort.

In response, HFPA said it would address the matter during Sunday’s show, which it did when president Ali Sar spoke on stage about the the lack of diversity in the organization’s membership and vowed to enact change, promising a “more inclusive future.”

The lack of Black members in the Globes group was also acknowledged by hosts Fey and Poehler, as well as many presenters and winners, who took several shots at the HFPA during the televised ceremony.

Compared to other major awards shows like the Academy Awards, the Emmys and the Grammys, the Golden Globes viewership has held remarkably consistent from year to year — until now. Of course, a decline is to be expected with a stripped down show amid a global pandemic.

As TheWrap previously reported, the Oscars have seen some wild TV audience swings in the past three years, particularly among adults ages 18 to 49 — and the fluctuations have been significantly more bad than good. Last year, the Academy Awards viewership dropped 20.2% overall and 30.8% among adults 18-49, according to Nielsen — and that was with a normal, live-and-in-person show that happened weeks before the coronavirus pandemic shut down the United States.